Home / Entertainment / News celebrities / Can We Talk About Channing Tatum For A Minute Please?

by Pascale Day Published on 8 January 2016 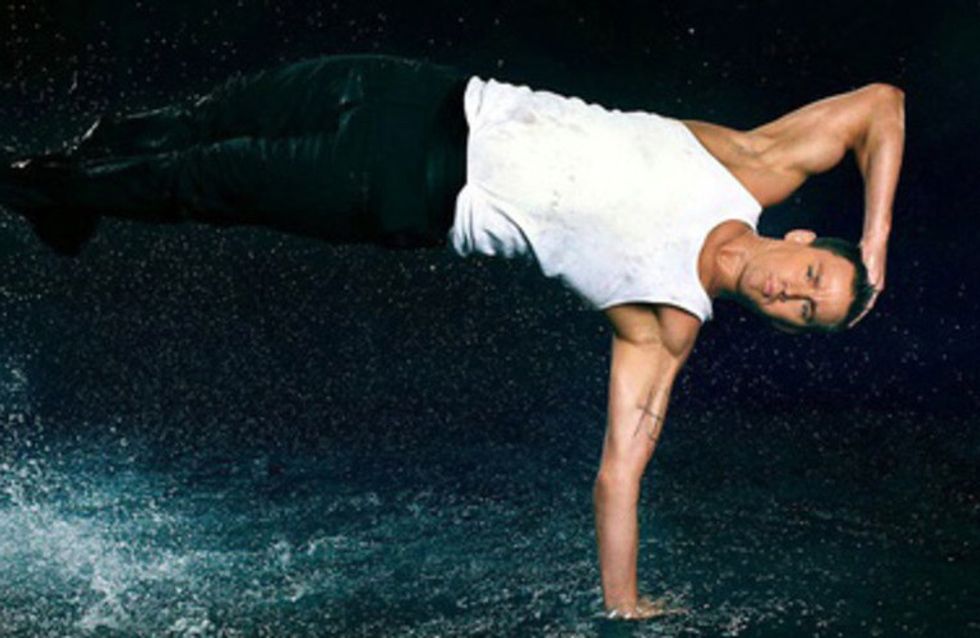 Channing Channing Channing. You on fiyaaaaa! You are in your element right now! We're so proud of our Chan that we want to take a few minutes of your time to talk about him. Is that ok? Because he's done a lot of cool stuff over the last ten years. And we feel that, with his Lip Sync Battle triumph, Channing's super hot property right now, so we need to have a quick chat about just why exactly Channing is so cool. And hot. And just... just everything. Ok? Ok.

Let's just let it sink in how well Channing Tatum's life is going right now. Let it aaall soak in. The guy from She's The Man has gone and got himself a really effing successful career, man. I'm serious! I mean, just think back to when he was in Step Up, the film where no one can really understand a word he's saying, and he has all these special secret handshakes with his buddies like they're (Hey) Arnold and Gerald. Does anyone remember that? It's a super cringy movie but at the same time it's kinda FANTASTIC. And now? Now he's all over the place! Just look at him in the picture below - he's just hanging out in a stable! Does Channing Tatum know how to ride a horse? Probably. Let's have a look at all of his success, because Channing, we love you. (No we really mean it we're actually in love with you.)

Channing was in a few films before he reached ​Step Up levels of fame. He was of course in the 2006 classic She's The Man with Amanda Bynes, in which he played Bynes's roommate Duke, a hot striker on the college soccer team. (Duke. I mean, he couldn't have been more of a champion jock if he tried!) In the story, Bynes is pretending to be a man so she can play soccer too. Amanda is the star of the show because she is perfect in every way in this comedy, but Channing? He's so good too. He's got the spot-on comic timing that'll come in handy again at a later date. But let's not get ahead of ourselves - there's so much good stuff before that.

And then of course there was Step Up. Oh Step Up. What more is there to say about this film? Amazing. Horrible. Cringy. Perfect. It's all these things. Oh, and it's where Channing met his beautiful wife Jenna Dewan, who we're not jealous of. We're so happy for the two of you. Sort of.

Let's skip forward a few years, past the macho movies, and the part where GI Joe happened, and arrive slap bang in the Dear John phase. And OH MY GOD, Dear John. SO many crying emojis. Really, is there a better Nicholas Sparks adaptation? (I KNOW I KNOW The Notebook. Stop ruining the moment.) Dear John was the film that finally knocked Avatar off first place at the box office, and I have a feeling that that is all down to the sheer magnetism and gravitas of one Mr Channing Tatum. I know it sounds like I'm being sarcastic right now, but I promise I'm not. It's just my tone. Think about it: who could portray that American, macho, patriotic, silent type that actually has a soft spot which only one lady can access better than Tatum? It's a role that's made for him. It's as if he took his Step Up character and upgraded it, like taking it from an iPhone 4 to an iPhone 6 level of emotional. Tyler 2.0. He's still got that push-pull relationship with letting his feelings be known, but you can actually hear what he's saying! He articulates! And shows vulnerability! And has a deep love for his pop-pop, the man he's lived with all his life but doesn't understand! Plus, he has amazing patience. I mean, who could really sit and listen to all of Amanda Seyfried's songs, whilst she's looking into your eyes the whole time, with the level of stoic toleration that Tatum exerts? No one, I tell you. No one.

Hooooweeee! 2012! 2012 was a massive year for ol' Chan Chan. First, there was The Vow, a Nicholas Sparks-esque movie about a guy and a girl who fall in love, but when they're in a car accident, the girl forgets who the guy is. It featured Rachel McAdams, who is also part of the Nicholas Sparks film alumni for The Notebook (and then of course there Tatum in Dear John. We already discussed this. Keep up!). Only it isn't a Sparks adaptation, it's actually adapted from a true story, which makes it all the more heartbreaking. It was a success in terms of money, but not a hit with critics, which didn't really matter because next came 21 Jump Street, which did very well indeed. Remember earlier when I said Channing would get to flex his comedy muscles again after She's The Man? Well this is it. He's cast perfectly as Jenko, the kinda dumb sidekick to Jonah Hill's Schmidt who's surprised to find himself unpopular when he goes back to school for a police mission. And we can all thank Jonah Hill for that - he hand-picked Tatum for the role. God bless you, Jonah. You have given the world a gift.

Then Tatum got to flex his, ahem, real muscles in Magic Mike. And when we say real muscles, we mean HELLA real. You can see all of them, and they're all oiled up.​ But Magic Mike isn't just about a bunch of super hot dudes gyrating on stage to Ginuwine's 'Pony' (apparently) - it's a serious biographical tale of Channing's life before he became an actor. That's right - at some point in the early 2000s you would have been able to have Channing pick you up and rub your body all over his body all for the small price of a club entry fee and a couple of vodka cranberries. Just think about that for a minute. Go and have yourself a little sit down in a dark room and have a long hard think about that.

Things only got better for Tatum. He proved that he's not just a pretty face and a rock-hard set of buns. He was the voice of Superman in the fantastic Lego Movie, he reprised his role as Jenko in 22 Jump Street, and then he was Mark Schultz in Bennett Miller's Foxcatcher. This, if you were not aware, is a big deal. It's one of the first really credible, serious roles that Channing's had - well, first serious role that doesn't involve any cheesiness (so not GI Joe, basically). Channing portrayed wrestler and real life person Mark Schultz perfectly, and effortlessly matched up to a strong cast which included Steve Carell and Mark Ruffalo. If you haven't watched it, WATCH IT. WATCH IT NOW. Just take a day off work, watch it in the morning, and then sit and ponder it for the rest of the day and night until it's time to get up for work again.

Ok, let's ignore Jupiter Ascending. We had high hopes but it wasn't meant to be. Apart from that one blip, 2015 was another solid year for our Chan. There was of course the Magic Mike sequel, Magic Mike XXL, which had less story line than its predecessor but way more nakedness and dancing. Like a lot more. So many man-thongs....

And then there was The Hateful Eight. Now, you know you've done something right if you're cast in a Tarantino film. I mean damn, Chan Chan is in the prime of his life right now! He's in there, mingling with all the acting veterans: you've got Kurt Russell, you've got Tim Roth, you've got Michael Madsen. You've got Samuel L. effing Jackson. And there's our lovely Channing, with his sneaky cameo! It's pretty cool. We're like proud mums.

This year has already started on a high for our favourite Tatum with the tease of his role in the new Coen brothers' comedy, Hail, Ceasar! But that's not what we can concentrate on right now.

​Because as if we couldn't love Channing Tatum any more (I mean legally, we're actually not allowed to love him any more), he goes and does a little show called Lip Sync Battle. Never heard of it? You're lying. Everyone's heard of Lip Sync Battle. It's where Anna Kendrick taunted John Kransinski when she sung along to One Direction. It's where Anne Hathaway mimed to Miley on a humungous wrecking ball. It's where Stephen Merchant got down and Dirrty with a lip sync of Xtina. But never before has LSB seen such power as the Tatum Takeover episode that aired this week. Oh man. I wish I had no words for this but I just have too many. Imagine this: Channing Tatum, dressed up as Elsa, singing Let It go. It happened. But it only got better. Now imagine this: Channing Tatum dressed up as Beyonce singing and dancing to Run The World (Girls). IMAGINE SOME MORE: Queen B struts out and finishes the dance with him! There's mind-gasms happening all over the world right now! That sh*t happened, and you can see it for yourself below. Chan Chan he's our man, if he can't do it, no one can. But luckily he can do it. He can do everythang, and the world is damn grateful.

We can't wait to see what you've got in store for us in 2016, Channing Tatum. We're hoping it involves more baby oil.

Do you love Channing Tatum more than life itself? Get in line, sister! Tweet us: @sofeminineUK