by Pascale Day Published on 16 December 2015 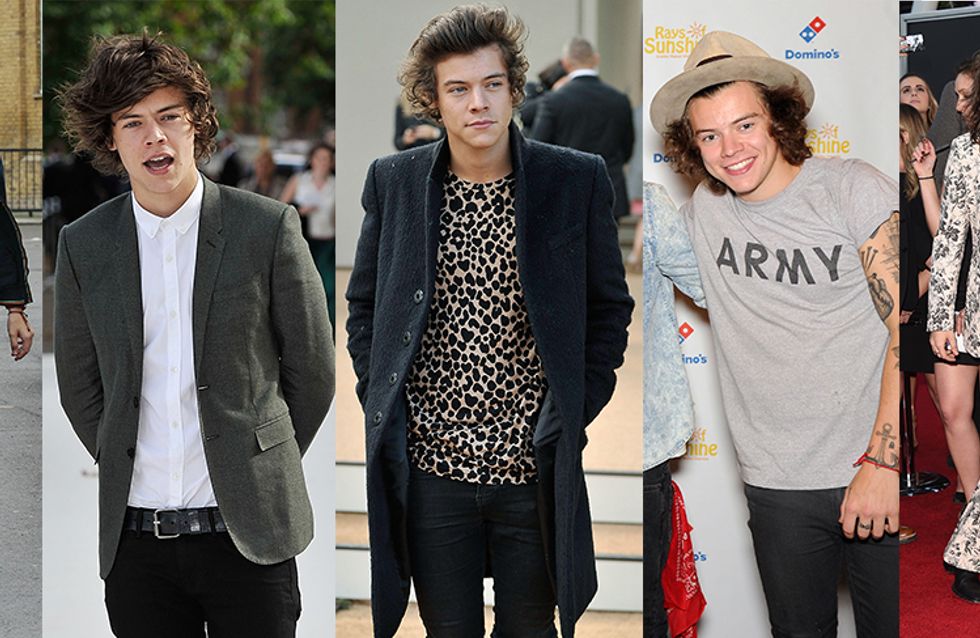 One Direction are taking a break. But I'm here to tell you, it's not important. We are all ignoring the elephant in the room: Harry Styles is obviously going through something. A quarter-life-crisis maybe. Whatever it is, it's a cry for help and we're all ignoring it. It's a bright, garish, mesmerising cry. And perhaps the only way we can truly see it, is if we go back in time and look at the evolution of Harry Styles's.... style.

Harry, Harry, Harry. You ok hun? ​There seems to have been a significant shift in your dress sense. It's the suits, if we're completely honest with you. Is this a fashion statement? Or a cry for help? We don't know. But what we do know, is we need to help Harry get out of this weird fashion quicksand that he seems to be sinking into. Step away from the Cuban heel Harry, we mean it. Let's take a look at Harry's fashion journey from young, fresh faced popstar to flowery suit-wearing adult.

When Harry emerged from the X Factor, he was just a spring chicken with a plume of fabulously thick hair, plucked from normalcy and thrust into a life of singing harmonies and signing the non-existent boobs of pre-pubescent girls. Here he is, walking with Zayn, Cher Lloyd and Gunther from Friends. (That hair, Niall - for shame.) Surely this is Harry in his truest form? Almost completely untouched by stylists and makeup artists. Look at that shirt collar: popped. And those ill-fitting jeans with dirty trainers. That growing 'fro flying free in the English breeze. His shirt may be creased, but he himself is unsullied. This is how young Harry Styles once dressed himself.

​As Harry's fame grew, so did his hair. The mane continued to expand, its thick curliness splaying over to the right side of his head, which made Harry look like he was stuck in a photo of a windy day at the beach. But this was, by far, his best and signature look. He was the trend-setter: at the time all the 1D boys had a hint of the swish, but he was the swish leader. Lord of the swish. At this time, the fashion vultures had already set their sights on young Styles, picking at the creased polos and baggy jeans, and replacing them with crisp white shirts, monochrome blazers and jeans so tight even Olivia Newton John's eyes would water.

There are many moments in life where we get obsessed with one particular item of clothing. For me, it was popper tracksuits. For Harry, it was the bow tie. We're not complaining - it was a good look! The bow tie was cute. Sometimes it was small and neat, other times it was floppy and made entirely of velvet. Whatever the bow tie, it separated his look from the others, and cemented his moniker as 'The Cute One'. It totally worked for him.

After the side swish, came the upward swish. This is like when someone turns the nozzle on the hand dryer in the toilets upside down and blasts you in the face with it. But I'm sure anyone with a fringe gets it: having hair in your face all the time gets super annoying. I mean, he can hardly clip it back in a cute little pink hair clasp like rich people do with their Shih Tzus/like I do after a day at work. He's HARRY STYLES for crying out loud. He needs to look hot at all times. This also confirmed the start of his love affair with garish shirts.

As most of us know, growing your hair out is no easy feat. It gets to a stage where it's a weird, inbetween-y length, and you can't tie it up but you can't leave it down either. And the easiest way to solve any hair problem? Wear a hat. As we can see, Hazza's taken some inspo from Pharrell in this case. He seems unsure about it. Perhaps he has hat paranoia: y'know, like the first time you wear a hat in public, and you're worried people are looking at you because you're wearing a hat and you think that, in the same way dogs can smell fear, people can sense this is the first time you've ever worn a hat outside and you're completely unsure about whether it's for you or not. But Harry can get away with anything, because he's Harry Styles. His last name is literally Styles. Surely that's not just a weird coincidence. It's in his nature to get away with risqué outfit choices. Right?

We all know who Hazza stole this look from - Keith Richards, you trendy old b*astard.

This is where it all starts to go wrong. What happened to the swish? You know what they say: if it ain't broke, don't fix it, right? I mean yes, perhaps you shouldn't keep the same hairstyle your whole life, but it's always worked for Johnny Depp. And Terry Wogan. Basically all the trendsetters. The swish was so dreamy. And now... this. I love Harry as much as the next Directioner but this Beauty-and-the-beast-esque mane is just not working for me. And he touches it all the time, which is number one on the list of long hair faux pas. Touching it makes it greasy Harry! Stop! This 'do just doesn't sit right with us. It requires constant zjooshing. I bet it's one of those things where someone's told him that having long hair is way easier than having short hair. Well they're wrong, buddy. Long hair is a pain in the arse, and the longer it is the more you worry about it.

And now we get to this. It started with just ill-fitting suits. A pinstriped nightmare at the Fashion Awards. Bell-bottoms at some awards show. And the nightmare suits have been creeping up on us ever since. I mean, it's best not to look directly at it. If you start to smell burnt toast whilst looking at the above picture, call your doctor. I don't know whether Haz has got a new stylist, or is simply going it alone in the fashion stakes. Maybe he's started hanging out with a new, (much) older crowd who are influencing him in all the wrong ways, but just what are the flares about? Is this the start of a new trend? Is this the new Ugg boot? The latest reincarnation of red jeans? Because if this is the fashion for 2016, I want no part in it. Bring back the old Harry, with his wide-necked t-shirts and super tight trousers. His suede Chelsea boots and clean white t-shirts. Bring back the crumpled polo shirts, for all I care. Just please, not this. 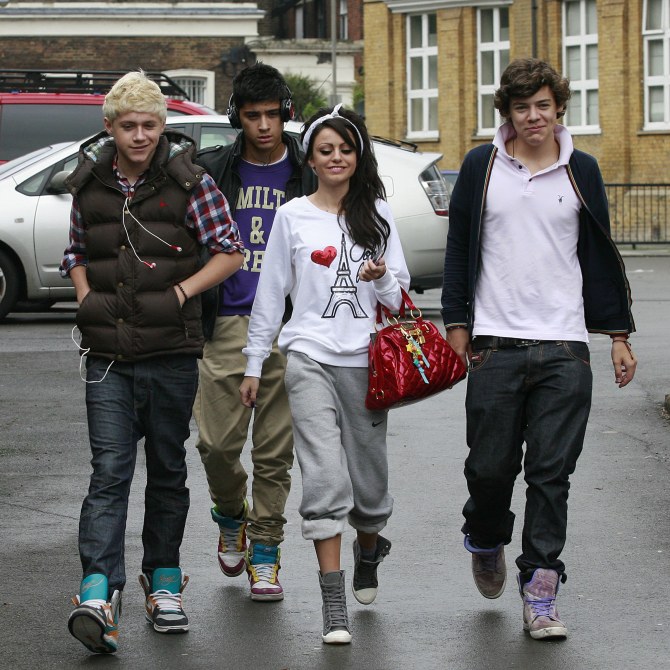 What do you think about Harry's new style? Let us know! @sofeminineUK

​​"Everything Is About To Be Terrible." NSync's Joey Fatone Tells One Direction Their Future​