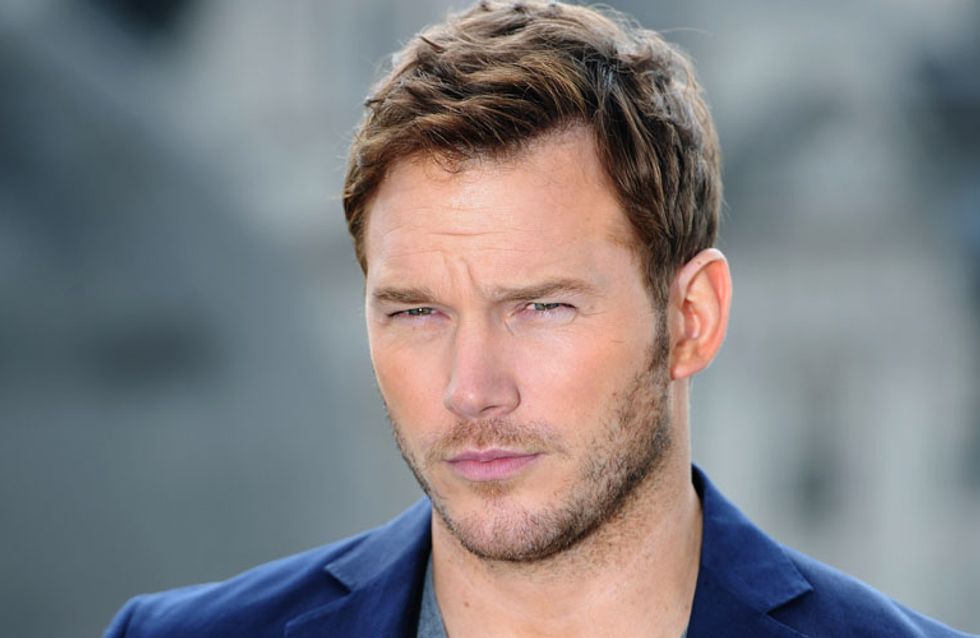 Ever since he played the adorable Andy Dwyer in Parks and Recreations, we have had a tender spot in our heart for lovely manchild Chris Pratt, (especially when he appeared in Guardians of the Galaxy and his Dadbod became rock solid abs). However, a recent revelation that Chris Pratt enjoys hunting in his spare time has left us feeling just that little bit confused and angry…

Chris Pratt is currently promoting his new movie Jurassic World, where he plays a raptor researcher who can train the dinosaurs, Owen Grady. When chatting to The Guardian about his role in the film, Pratt talked at length about his love of hunting and we have to say, we were shocked.

He said: “I have a great deal of respect for the animals that I kill and I feel remorse and all of the emotions that come with it.”

He then explained why he is able to kill something then feel upset about it, like that is a thing that makes sense.

He said: “The thing inside me that drives me to go out and hunt is very animal. But the remorse, emotion and respect I feel, and the closeness to God that I feel when I’m out there, is my humanity. It’s an opportunity for me to explore what parts of me are animal and what parts are human.”

So he feels his humanity after he kills animals, which is why he does it. Makes sense. Damn it Chris, can’t you just go clay pigeon shooting?!

It looks like we’re not the only ones who have lost love for Chris over this particular bit of hypocrisy either:

CHRIS PRATT ENJOYS HUNTING, VINCE VAUGHN THINKS WE SHOULD HAVE GUNS IN SCHOOL. IS NOTHING SAFE IN THIS WORLD

Chris Pratt sounds so deluded talking about how hunting animals makes him feel a "great deal of respect" and close to God. Wtf

Lost all respect for Chris Pratt. Hunting for pleasure is disgusting. Dont try to make it sound like something spiritual.

What do you think about Chris's comments? Tweet us @sofeminineUK!