It's the question all Doctor Who fans have been asking for months: Who will become the 12th Time Lord? Well, now they finally have an answer! It's Peter Capaldi, who's most famous for his role as foul-mouthed spin doctor Malcom Tucker in The Thick Of It. The life-long Whovian is thrilled to have the chance to take over from Matt Smith, who will exit the show at Christmas.

After months of speculation, the new Doctor Who has been announced as Peter Capaldi.

Various actors were in the running for the highly-coveted role, and the announcement was finally made live on BBC1 last night

And it seems Doctor Who fans are thrilled with the news - Twitter was abuzz with congratulations and excitement for the next reincarnation.

The 55-year-old actor has been a life-long fan of the show and rehearsed with scripts in front of the mirror before auditioning.

The Thick Of It star eagerly accepted the role and has explained the moment his agent offered it to him.

He recalled: "My agent rang me up and said: "Hello Doctor." I started laughing and haven't stopped laughing since."

Speaking on the live broadcast he said: "It's so wonderful not to keep this secret any longer.

"For a while I couldn't tell my daughter. She was reading the rumours on the internet and getting upset that they weren't mentioning me. I kept saying 'Rise above it, rise above it.'"

BBC bosses had been very careful to keep his name a secret, referring to their actor of choice as 'Houdini' in the build up to the big reveal.

Peter became a late favourite with the bookies the week before the announcement was made. 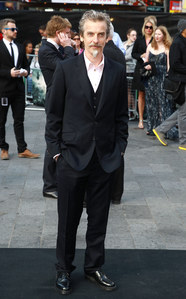 He continued: "I'm surprised to look in the mirror and see Doctor Who looking back. He's not me yet, but he's reaching out… and hopefully we'll get it together.

"Doctor Who belongs to all of us. Everyone made Doctor Who."

He said: "We got the 12th person around and made a home video of him being the Doctor and showed it to the relevant people, and everyone said 'Yes, that's the Doctor.'

"It's an incendiary combination: one of the most talented actors of his generation is about to play the best part on television. Peter Capaldi is in the TARDIS!"

She said: "I'm so excited Peter Capaldi is the man taking on the challenge of becoming the Twelfth Doctor.

"With Steven's writing and his talent I know we'll be making an amazing show with an incredible incarnation of number 12. I can't wait to start this new adventure!"

And current Doctor Matt Smith said: "I just want to wish my successor all the best and just say good luck and good on you for getting it.

"He's a huge fan of the show and a really nice guy. The casting made me really excited. It's a really canny choice. Good luck man. It's gonna be a thrill." 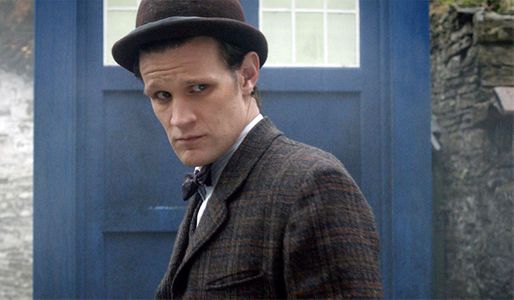 It seems everyone at the BBC is excited about the new Doc - Charlotte Moore, Controller of BBC One, said: "Peter Capaldi has all the genius and versatility needed to take on the mantel of the great Time Lord and make the role his own.

"He'll bring his own particular wisdom, charisma and wit to the Twelfth Doctor and take the show into an exciting new era."

And Ben Stephenson, Controller of BBC Drama Commissioning, added: "We started thinking Peter Capaldi might be the right person to take on this iconic part a few months ago.

"But it was only when he did a secret audition at Steven's house under the cover of darkness that we knew we had our man.

"He's an extraordinarily talented actor who can seemingly turn his hand to anything.

"We can't wait to premiere his unique take on the Doctor on Christmas Day and we are sure he's going to become one of the all-time classic Doctors."

One of the other actors who had been up for the role was Ben Daniels.

He took to Twitter to congratulate his rival, while other fans and celebs expressed their excitement.

there's been a terrible mistake.....

Richard E. Grant posted: "Bravo on the brilliant BBC choice to Tardis the talents of Peter Capaldi as the 12th Dr Who!!"

And Zoe Ball, who hosted the live announcement show, wrote: "#petercapaldi is a top chap. Inspired choice #DrWho thanks for watching tonight peeps. Chuffed as punch to be part of the circus. #Whovian."

Though Peter's age was a talking point on Twitter, Who fans objected to any comments that criticised the choice.

One user wrote: "Quite excited by prospect of Peter Capaldi as the Doctor. Always thought Matt Smith was way too young."

Another added: "Are fans really calling Peter Capaldi too old to play Doctor Who? Seriously, guys? Have you ever seen the show before 2005? #getoffmylawn?"

"Peter Capaldi is too old and a bad actor." pic.twitter.com/TcMJY9I3zw

What do you think of the new Doc? Tweet us @sofeminineUK