Home / Entertainment / News celebrities / Dancing On Ice 2013: Pamela Anderson is voted out after near nipple-slip

Dancing On Ice 2013: Pamela Anderson is voted out after near nipple-slip

by Esme Riley Published on 7 January 2013 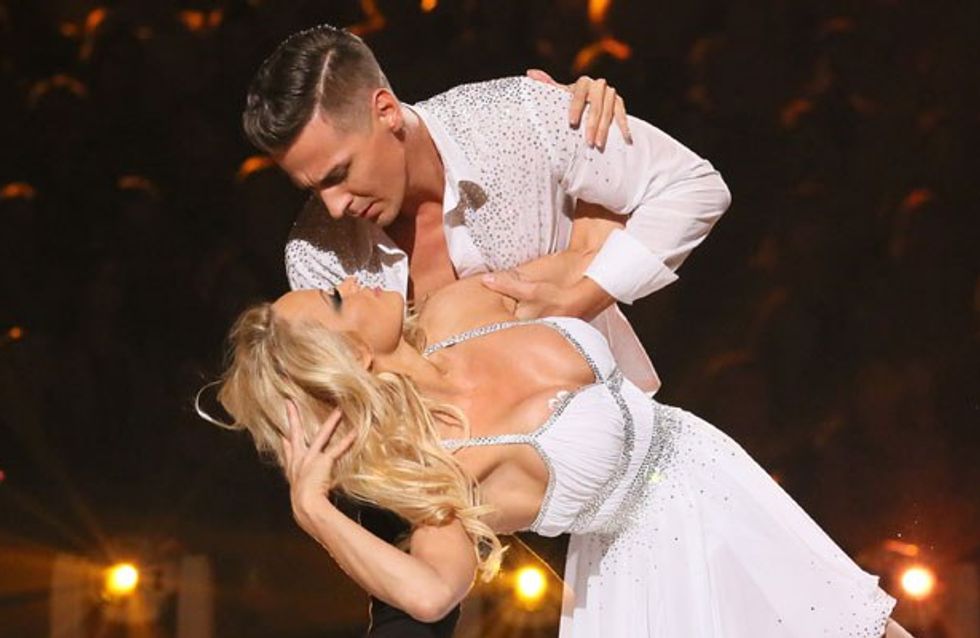 Pamela Anderson was the first celebrity to be sent home from this year's Dancing On Ice.

Dancing On Ice 2013: Pamela Anderson is voted out after near nipple-slip 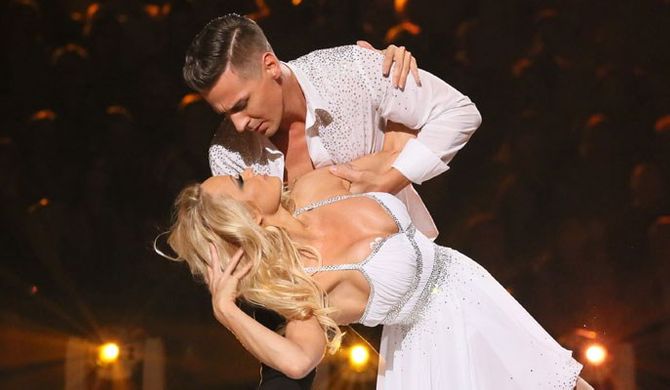 The former Baywatch star found herself in the skate-off against Keith Chegwin after receiving the fewest public votes.

And when she took to the ice to fight for her survival with partner Matt Evers, Pamela suffered a stumble before her skimpy dress almost exposed her right breast.

Stepping off the ice, 45-year-old Pamela told host Philip Schofield: "I wobbled because my dress fell off!"

Pamela's first performance had been to the sound of Emeli Sande's Read All About It and had earned her a respectable 18.5 out of 40 - putting her in the top half of the leaderboard.

Judge Robin Cousins told her: "Every crossover you did was correct, it was natural and not forced at all. It was beautiful."

A chuffed Pammy told Philip and his co-host Christine Bleakley: "The more confident I get, the better skating I do. I love the performance of it all - but it’s so much harder than dancing! I love it."

But as a result of her shaky second performance, the judges opted to save Keith Chegwin and partner Olga Sharutenko - even though he had been at the bottom of the leaderboard for his less than impressive first skate.

US star Pamela was clearly disappointed.

She said: "Well, you know. I feel sad, but it was really fun and now I know how to skate a little bit. I feel so bad - I just stumbled in my dress, my boobs fell out. It happens!”

Last night saw the first half of celebrities skate while the next lot will take to the ice next week.

Former EastEnders star Matt Lapinskas was top of the leaderboard with 24 points - he has a strong dance background and put in a great performance with partner Brianne Delcourt.

Gymnast Beth Tweddle was second after showing off a few impressive moves, but spiky returning judge Jason Gardiner claimed she left him "bored to Beth".

Samia got tearful in her VT as she referenced the negative press she has received in the run-up to the show.

Pro skater Sylvain is said to have dumped girlfriend Jennifer Metcalfe - who he also met on the show - after confessing he has feelings for Samia.

Samia admitted she's "felt sick" every day but added: "The audience and my family being here helped".

Former X Factor winner Shayne Ward was incredibly nervous and a little wobbly, placing him just above Keith in fifth.

Pussycat Doll and I'm A Celebrity runner up Ashley Roberts made her debut on the ice panel, sitting alongside Jason Gardiner, head judge Robin Cousins and Karen Barber.

Ashley proved a tough judge to please but her appearance was popular with viewers on Twitter.

She tweeted after the show: "1st show done! So happy to be a part of the #DOI fam!! Sad to see Pam go but look forward to next week's show."

Dancing On Ice 2013: Lauren Goodger "warned by show bosses" after bad behaviour by the editorial team
+
All the news about Dancing On Ice
by Esme Riley
Review full sized beauty products for us for FREE