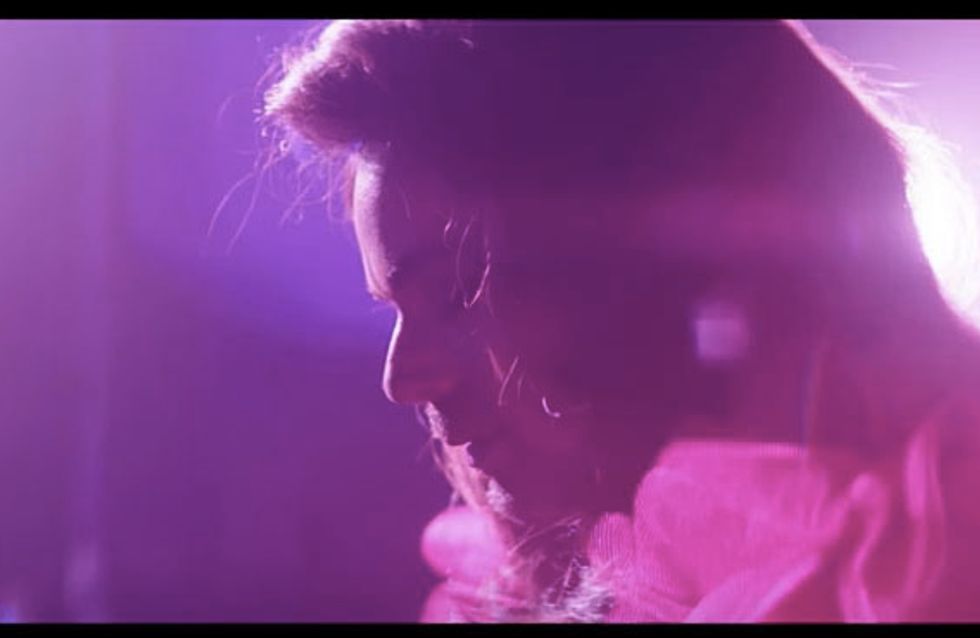 The UK's favourite hard man has appeared in folk singer Lucy Rose's new video for her single Nebraska, and it makes for an emotional video about fear, acceptance, and being who you are.

When you think of Danny Dyer, there are many things that spring to mind: saying f*ck with an 'a' and not a 'u', calling everyone a 'slaaaaaaag', and generally being 'ard. This is a man who once said "As a man, there are very few moments greater than watching Match of the Day with a spare rib hanging out ya mouth". He's a lad's lad. A man's man. He has long been the epitome of a type of masculinity so personal to England that it has been parodied many, many times (see: Morgana Robinson as Danny Dyer).

Which is why Danny's new role in musician Lucy Rose's new video is such an important move for the actor. Danny plays a man struggling with his identity. We won't say anymore than that - we want you to enjoy the video and all its surprises. But who Danny is and how he is perceived in real life is what really makes this a transformative video that holds a lot of weight. We're seeing someone who is synonymous with machismo lad culture challenging gender boundaries in ways we wouldn't expect him to. It shows Danny Dyer using his status as a paragon of British masculinity and showing that all people can be all things - it doesn't matter if you always wear leather jackets and call everything 'proper naughty', you can still be vulnerable, and fragile, and confused about who you are.

Just got a beautiful new pair of trotters..... pic.twitter.com/jUJSEeViHa

In an interview with The Independent, Lucy Rose said of the project: "​most importantly we wanted to make some beautiful and emotive but also tell a story that life can be tough and it doesn't always go to plan and we all need our own form of escapism. This video to me isn't about Danny being a drag queen but a freedom of expression and a form of escapism. I'm sure there's many things we all want to do but we are worried that it means we won't fit in."

Danny Dyer also told The Independent: "I was honoured to be asked by the maestro that is Lucy Rose to be part of her video. When I got the treatment through I was overwhelmed. I think it's such a moving piece of work. I'm beyond proud to be part of it, I've always believed that people should be who they wanna be, regardless of race or gender. Freedom of expression is so important - I really hope that this video gets the recognition it deserves."

Check out the new video for Nebraska below.

What do you think of Lucy Rose's new video? Let us know your thought​s: @sofeminineUK