by Emmy Griffiths Published on 7 April 2014 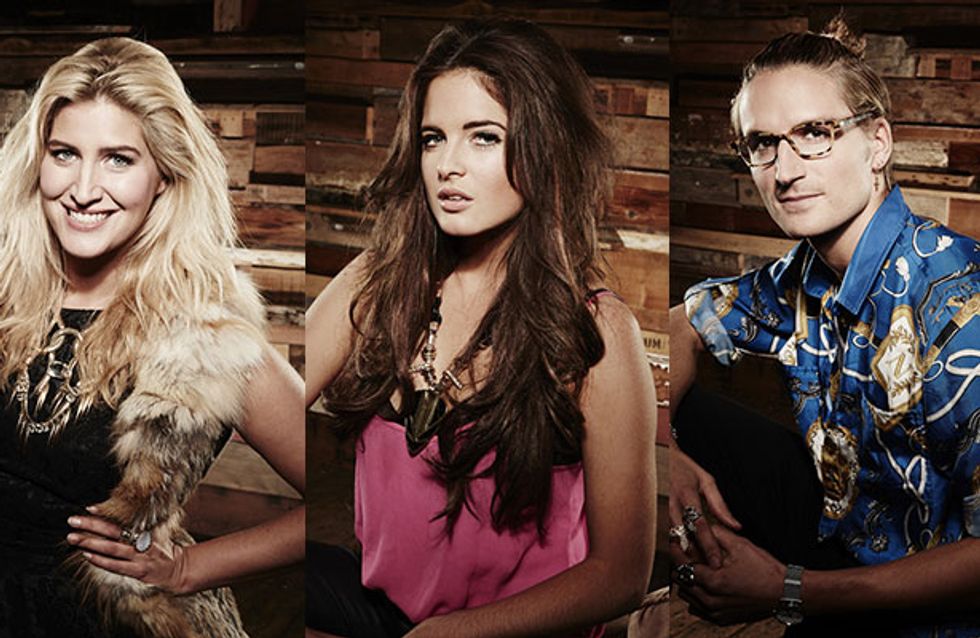 Made in Chelsea is back tonight, and we couldn’t be more excited. Who will fall out with who next? Which girl will be Spencer’s next target? Will Jamie still be with Lucy? Will Victoria still be a posh pain in the arse? In anticipation of the new series, here’s our ranking of the cast members, starting with our LEAST fave…

Ugh. We don’t know about you, but last series we were not feeling Victoria’s snotty-nosed, orange pantsuit vibe. We also really did NOT appreciate her calling Cheska a “fat f***ing turkey.” Get your s*** together Victoria.

Rosie’s sweet, but she’s also really meh. She’s like that plain one who is in every Big Brother house, never wanting to get involved just in case she loses favour. Aside from that time she got with her bestie Millie’s then-boyfriend Hugo, of course.

Louise seems to be in a never-ending cycle of crying, getting into bad relationships and crying some more. We’d like to see her settled with a nice boy ASAP.

Fran seemed lovely when she was first introduced, then she turned catty when her best friend Phoebe fell out with two thirds of the gang. Pick a side and stick to it woman!

Our love for Andy is as big as his nostrils, but he has made some major mistakes when it comes to love! Louise? Andy? Really?

Myttons is our little baby angel, and so far he’s been nothing but a stand-up guy. He and Binky are perfect together, fingers crossed they’re still together for the new series!

Cheska is lovely, and will stick up for herself, but she’s not necessarily the coolest girl ever! We still love her though!

We adore Francis, but where was he last series? Off mining gold? No. Come back Francis. If you’re going to be on the show, BE on the show!

Spencer Matthews is the WORST, but he is excellent comedy value. Those sessions he has with a psychiatrist? Just top drawer.

Oliver Proudlock. He’s so great. So hipster. We’d watch the show for his varied glasses and feathered earrings alone.

Stevie is so sweet and nice and unlucky with love (though now he’s met Poppy so he’s sorted!) but Stevie has to be the most down-to-earth guy, right?

Lucy has been on such a journey! She started out as the token biatch, but now she’s one of our faves! Her cat fighting with Phoebe last series was television gold.

Jamie Laing is so funny, so ridiculous, and such a strange man-child idiot that we can’t help but adore him! One day he’ll settle down, but until that time we can’t wait to see who he will be infatuated with next! His twitter is hilar as well.

I want to fall asleep surrounded by puppies and pillows

Binky’s definitely the nicest and most down-to-earth Made in Chelsea cast member, and it shows!

He might be above and beyond posh, but that’s why we love him! His one liners are absolute classics.

Will you be watching the new series? Tweet us @sofeminineUK