The grand doors of Downton Abbey have been closed to us once again now that the series four is sadly over. Devoted fans of the hit period drama will now be looking forward to the two-hour Christmas Day special, but in cracking good fortune it has been announced that there are plans for a fifth season. Hurrah, village flower competitions and summer parties for all! Carson, pop open the champagne! Thomas, stop trying to ruin everything! This is a time to celebrate!

Downton Abbey has announced a fifth series - as if they wouldn't after the fourth has once more proved to be ratings gold.

The period drama - created and written by Julian Fellowes - has an obscenely popular following, with the fourth series becoming one of the highest rated dramas on television with an average of 11.8 million viewers every Sunday.

As well as the traditional Christmas Day episode (which frankly ruined 2012’s Christmas by unceremoniously killing off everyone’s favourite dishy character Matthew Crawley), the fifth series is expected to air next year.

Gareth Neame, the director of Downton's production company Carnival Films, said: “We promise all the usual highs and lows, romance, drama and comedy.

“All the actors and makers of the show continue to be humbled by the extraordinary audience response and want to take the show from strength to strength next year.”

It has also been confirmed that Julian Fellowes will return to write the series, despite the controversy surrounding this series storyline in which beloved character Anna (Joanna Froggatt) is raped.

Viewers were in uproar over the unexpectedly violent storyline, and the episode in question generated over 200 complaints to the broadcaster and to media watchdog Ofcom.

But Ofcom has since said that it would not pursue the complaints, firstly because of the warning that preceded the episode, and secondly the episode was transmitted after the 9pm watershed.

In addition the attack itself took place off screen, which led the watchdog to release a statement announcing that they would be taking the investigation no further ​“because they did not raise issues warranting investigation”.

Speaking of the upcoming 2014 series of Downton, ITV’s director of drama commissioning Steve November, says: “With Julian writing and Gareth (Naeme) and Liz (Trubridge) producing, we know it will be as warm, witty, romantic and dramatic as previous series and we can’t wait to catch up with our favourite characters again.”

The Christmas Special will introduce a new character to the show played by Hollywood actor Paul Giamatti, who will play Harold, Lady Grantham’s “maverick, playboy” brother.

Fans of the show will also be excited to learn that Shirley McLaine will be making a return as Martha Levison, Lady Grantham’s mother, which - fingers crossed - is bound to start some war of words up with the Dowager Countess (Maggie Smith).

Sounds good to us! See you at Christmas, Downton! 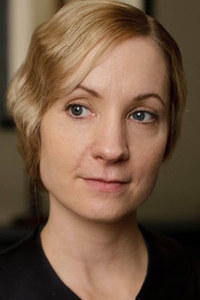 Emmy Griffiths
…
Downton Abbey
From hair ideas to outifts, look no further for your daily inspiration