Why We're Excited About The New Emojis 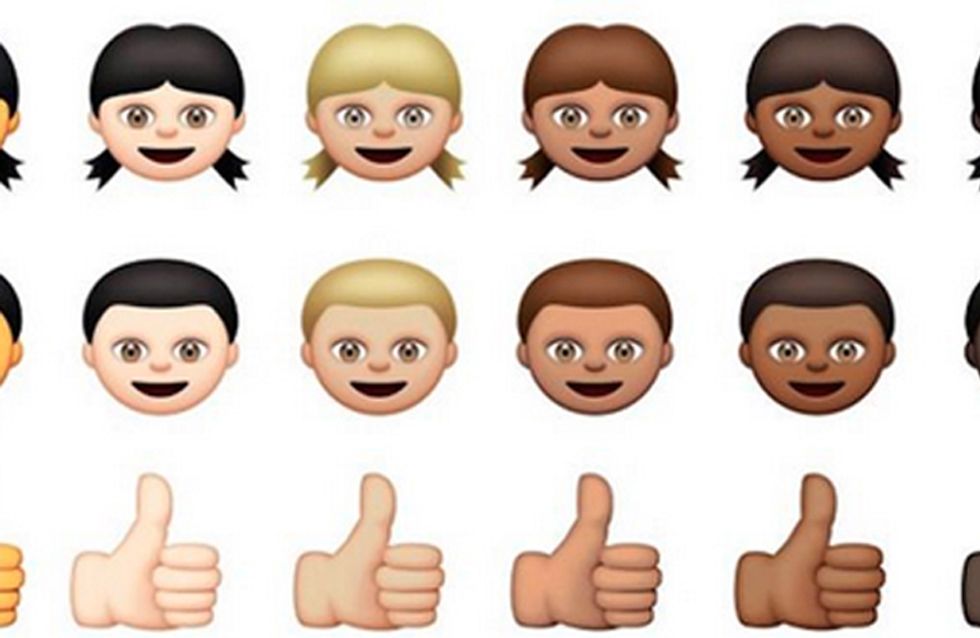 iOS 8.3 has dropped, and the update includes wireless car play, a space bar fix, and like, over 300 brand new emojis for us to play with! Because digital communication is hard, we're only too glad to let our new emoji collection do all the talking from us. From new skin tones to vulcan hand signs, here's why we're loving the new emojis...

And their children, adorable.

Although the standard setting appeared to be 'Simpsons' colour

THERE'S EVEN A VULCAN ONE

No more will you have to text 'live long and prosper'!

The emojis turn into aliens if you haven't got the update

So we suggest you avoid being invaded by aliens and install the update directly!

People are having a lot of fun with them

i want this emoji in iOS 8.3 pic.twitter.com/rlb1GEtvOM

Really having trouble deciding between the first & second skin tone emoji options on the iPhone update. 👍🏻 seems too pale. 👍🏼 may be too tan

Apple finally coming thru with the long awaited "i have jaundice" emoji pic.twitter.com/5AeD4OSY2H

The new emoji keyboard does not discriminate when it comes to babies. pic.twitter.com/smEYMj4SiV

Am I the only one that downloaded iOS 8.3 and looked for a middle finger emoji straight away?

But MORE people had issues with the lack of tacos

There's still no taco emoji so iOS 8.3 is a waste.

We have 12 train emojis, 9 kinds of books, 4 graphs, 3 types of rice and a fucking fax machine, BUT THERE'S NO TACO EMOJI??? #outraged

They have a point, to be fair. Why HASN'T that been made yet?! Which emoji would you most like to see? Tweet us @sofeminineUK!
​