by Alison Potter Published on 11 November 2013 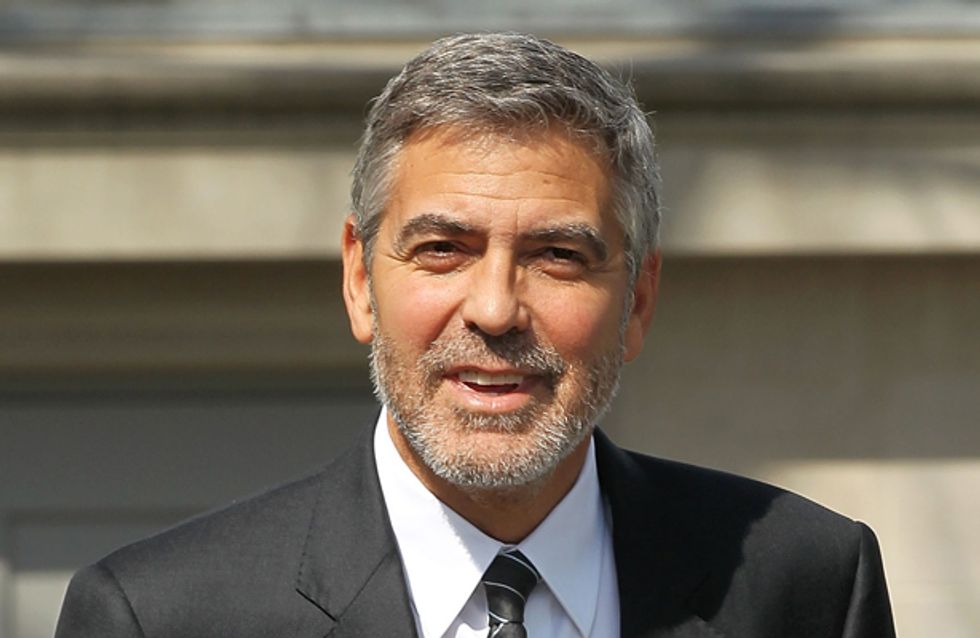 Usually it’s females who are stereotypically seen as the bitchier sex in Hollywood, but George Clooney proves that there’s just as much male rivalry behind the scenes. The A-lister has not only admitted to a feud with Russell Crowe, but he’s also mouthed off about fellow actors Leonardo DiCaprio and Ashton Kutcher. Play nice now George…

George Clooney has tons of Hollywood BFFs, most notably Brad Pitt and Matt Damon, but there are some actors that clearly wont make it into his inner friendship circle.

In an interview with Esquire magazine, the charming leading man lifts the lid on his feud with Russell Crowe and he also unexpectedly casts some shade over Leonardo DiCaprio.

His fight with the Gladiator star apparently began when out of nowhere Russell started slamming George.

The Aussie actor had given a quote about George being a “sellout”, although he also mentioned Hollywood acting legends Harrison Ford and Robert De Niro as doing the same thing.

The Monuments Men star revealed: “And that's when he really went off on me. ‘Who the f*** does this guy think he is? He's a Frank Sinatra wannabe.’ He really went after me.”

Clearly feeling bad about his rude comments, George admits that Russell did try to fix things between them by apologising and giving a gift.

“The truth is that [Russell Crowe] did send me a book of poems to apologise for insulting the s*** out of me, which he did,” George said.

George Clooney And Amal Alamuddin Finally Get Hitched: Women Everywhere In Mourning
We hope you're wearing black veils and sobbing into your hankies girls, because the last bachelor George Clooney is officially off the market! The actor married his girlfriend, human rights lawyer Amal Alamuddin, at the weekend in a private ceremony in Venice. We're not jealous. We never would have wanted to marry George Clooney in Venice or anything. Nope. *Sob*

During the candid chat, gorgeous George also slammed Leonardo DiCaprio, accusing the Django Unchained star of having too many ‘yes’ men around him.

The pair apparently struck up a friendship and challenged each other to a friendly game of basketball.

According to George before the game Leo’s friendship group – who reportedly call themselves ‘The Pussy Posse’ – were talking smack and declaring that they were going to “kick some ass” during the basketball tournament.

But they ended up embarrassingly losing 11-0, which the Gravity star thought was pretty funny.

He told Esquire: “And the discrepancy between their game and how they talked about their game made me think of how important it is to have someone in your life to tell you what's what.”

“I'm not sure if Leo has someone like that.”

George didn’t leave things at that though (he clearly had a lot he needed to get off his chest) and he went on to slam stars who have Twitter accounts.

The Oscar-winner most notably referenced the Ashton Kutcher and Joe Paterno Twitter scandal, when the actor complained about the sacking of the legendary football coach, unaware that it was due to covering up serious sexual abuse.

“Why on God’s green earth would you be in Twitter? I mean, when you see, like, Ashton Kutcher coming out and going, you know, ‘Everybody leave Joe Paterno alone,’ or whatever he said, you just go ‘Fifteen minutes longer and a thought process and probably you wouldn’t have done that.’”

Gosh George – come awards season it’s going to be a little awkward on that red carpet!

Do you agree with George or do you think he’s being a little harsh? Tweet us @SofeminineUK. 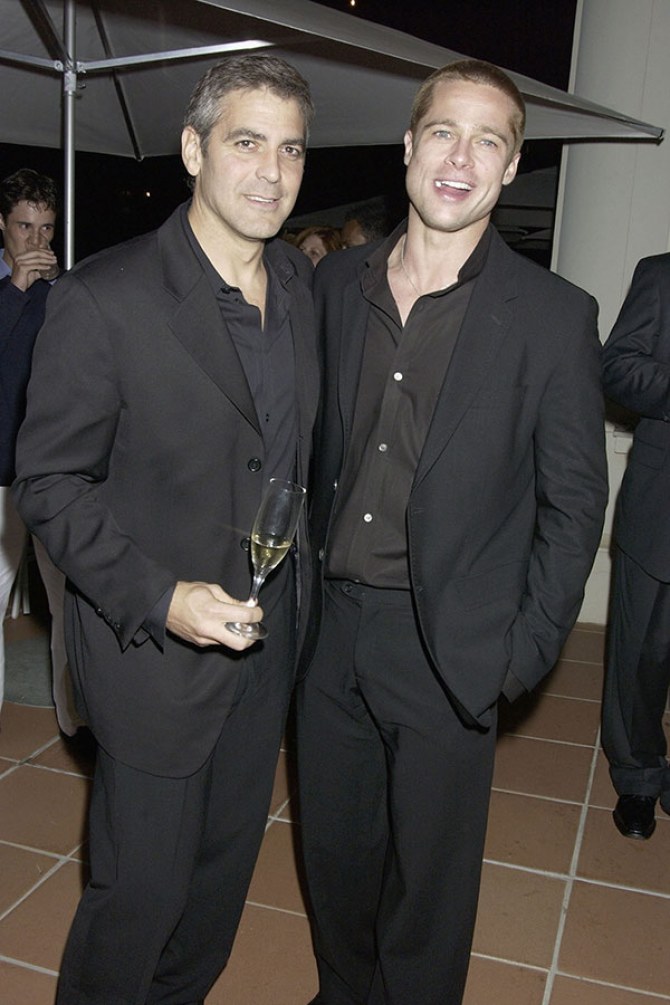 by the editorial team
+
All the news about George Clooney
by Alison Potter
For all the best videos, memes and shareable news!