Gwyneth Paltrow is in a battle to prevent Vanity Fair from publishing an unauthorised profile on her next week. But she hasn't been very successful as it's been confirmed by the editor-in-chief Graydon Carter that the planned publication is still going ahead. Gwyneth is reportedly furious, and her reluctance for the profile to be published has begun to raise questions as to what the Oscar winning actress doesn’t want to be revealed to the public. What are you hiding Paltrow?

Gwyneth Paltrow is apparently pulling out all of the stops to prevent the unauthorised profile piece about her for Vanity Fair from being published.

Her actions have been criticised by brand strategist Linda Ong, president of TruthCo, who has said: “She’s not doing herself any favours by trying to be very controlling and perfect in an era where there’s a post-economic collapse."

“It’s widely acknowledged that nobody’s perfect and that there’s no such thing as control. It just seems out of touch.”

It does appear that Vanity Fair are determined to publish the piece, as editor-in-chief Graydon Carter has confirmed: “We have a very good writer and it’ll run.”

It has even been reported that The Shakespeare in Love actress has asked her A-list friends to never deal with the glossy again, and sent an email to her pals, telling them: “If you are asked for quotes or comments, please decline.”

It is thought that her unhappiness regarding the piece is the speculation that it will contain details of a possible affair she had with billionaire Jeff Soffer years ago.

Clearly shaken, Gwyneth has gone as far as to deny the accusations, with her rep publicly stating: “It’s completely false. Jeff is a longtime friend of Gwyneth’s and there was no romantic relationship with him at all. He flew many of his friends to Miami that weekend – not just Gwyneth."

However, Vanity Fair hasn’t confirmed that this rumour will even feature in their piece. Maybe they have some other tricks up their sleeve?

Gwyneth has recently raised eyebrows by stating ​in an interview with Refinery29.com that she would be forgiving if hubby Chris Martin cheated, saying: “I’m an extremely open-minded person, so I think if it was something I knew I was getting myself into, I wouldn’t let it deter me from exploring the relationship.”

Do you think the Vanity Fair piece will be related to Gwyneth’s open-mindedness regarding relationships? Tweet us @SofeminineUK 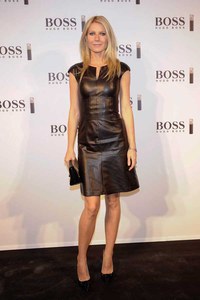