40 Times Leonardo DiCaprio Reminded Us He Is PERFECTION 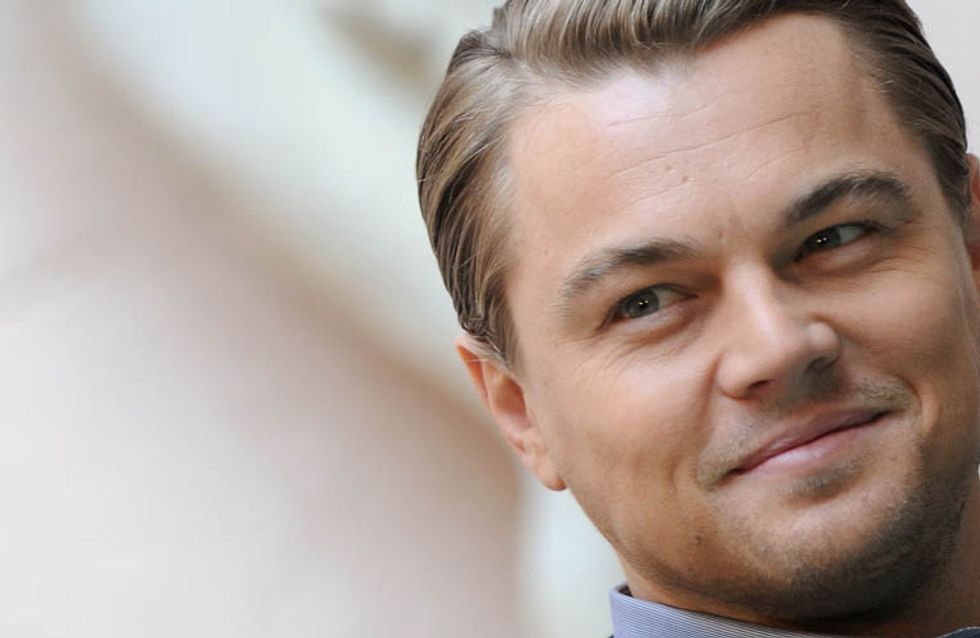 Leonardo DiCaprio is 40 today and to celebrate we've gone back through the years to celebrate every fine moment when he won our hearts.

1. When he played Romeo and made us wish we were Juliet

2. When he was so sweet in The Great Gatsby we couldn’t stand to watch

3. When he flicked hair off his forehead and killed us

4. When he proclaimed he was King of the world and we 100% agreed with him

5. When he knowingly went for a lobotomy because he’s a good man and absolutely broke our hearts

6. When he and Rose sleep together in Titanic and we wished we were in the back of that car instead

7. When he saw Rose and we saw his jawline properly for the first time

8. When he and Matthew McConaughey acted in a scene together and we thought the universe would spontaneously combust

9. When he was a man of mystery in Inception

10. When he bit his fist in frustration and made us happy to be alive

11. When he has water thrown over him and we wished we could have helped

12. When he said this and we just wanted to be Katie

13. When our love for Leo was confirmed by the Parent Trap

14. When he flirted with his wife and we could only imagine married life with him

15. When he sold stock in The Wolf of Wall Street and we knew without a doubt that we would have bought it from him too

16. When we would definitely have shared that piece of driftwood with him in Titanic

17. When he wore orange and it was perfection

18. When he absolutely lost his sh*t at Kate Winslet and we couldn't help but think it was kinda sexy

19. When we think about it, his rage fits are probably our favourite thing about him

20. When he looked straight at the camera and into our souls

21. When he became our favourite Internet meme

22. When he pretended to be a substitute teacher and we wished he was teaching our lessons

23. When he kept losing an Oscar, but never our hearts

24. When he was so in love with Daisy that it was just too much to handle

25. When he taught the human race how to wear a suit

26. When he was really, really sad Juliet was dead and we just wanted to tell him everything was fine

27. When he got a haircut after wearing a mask all his life in Man in the Iron Mask and it was a glorious albeit hairy revelation

28. When he was so hopeful and it ended up being SO SAD

30. When he (spoiler alert) dies in everythinggggg

31. When he was in The Beach and rocked the shaggy backpacker look

32. When he cries in pretty much everything and makes us just as miserable

33. When he appeared on SNL with Jonah Hill and recreated Titanic and we were overwhelmed by the bromance and the memories...

34. Then he posed with this swan and we DIED

35. When we were reassured that he's still a bachelor

37. When he revealed he was just as insane as we are

38. When he enigmatically suggested none of us know the real him...

39. When he wanted to go to a real party and did that thing with his eyebrows

40. When it was his birthday and all we wanted was to celebrate with him - have a good one Leo!

Want to wish Leo a happy birthday? Tweet us @sofeminineUK!

​The Definitive Ranking Of Doctor Who Finales