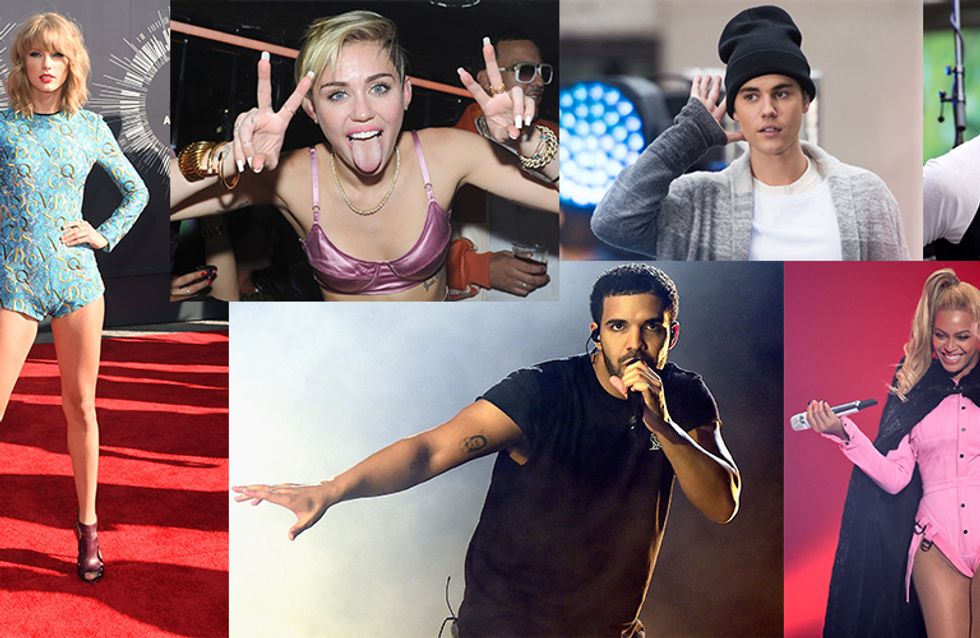 Twitter's a grown up now. There are hairs growing on its upper lip. Yup, the social media channel has hit the big 1-0. There's been highs, lows and a whole lot of trolling, but the main reason that we love Twitter is that it puts us in touch with our favourite celebs. What's Kim Kardashian doing at 1am on a Monday? Now we know! (Taking selfies, just FYI.) Twitter launched a site two years ago that allows you to look up anyone's first tweet, so here's what your fave celebs first ever tweets were.

Rihanna, showing that starting every word with caps was popular in 2009.

Beyonce's first tweet in 2012 was a promotion for her website, which we obvs now have as our home page.

Hey World, It's B! I'm so excited to invite you to my new http://t.co/fZxlrtAh - we've been working hard, and it's finally ready for you XO

And we're so glad we did, Drizzy!

Tay Tay's tweet just proves to us that she's always been a crazy cat lady and therefore a role model for life.

apologizing to a very needy cat for being gone so long.

Back in the day when Justin was just a swishy haired, purple-hoody-wearing 15 year old promoting his music on MySpace.

Check out my single "ONE TIME" on my myspace and spread the word for me. Thanks www.myspace.com/justinbieber

@luciejones1 you are an absolute babe ha . Fantastic voice my favourite from last year x

KKW's first tweet only received just over 3,000 likes which is, like, totes embarrassing compared to the love she gets now (32k likes on a picture of her family, just FYI).

Hey guys it's Kim Kardashian! I finally signed up for Twitter! There are a few fakes so just know this is the real me!!!

Did the marathon training ever happen? I guess we'll never know...

Considering running a marathon next year.

John only joined Twitter last year?! But... what did he look at on his phone to get out of awkward conversations BEFORE Twitter? It just makes no sense...

Star Wars is Back #SWCA pic.twitter.com/ixMRQLmDKW

Joey, Joey Joey. Like a dad on Twitter, Matt came late to the party, used the phrase 'Twitterverse' and uploaded a little vid of himself by way of introduction. Never change Matt.

What do you think of these first ever celeb tweets? Cringe right? Let us know! @sofeminineUK