by Dagney Pruner Published on 26 November 2014 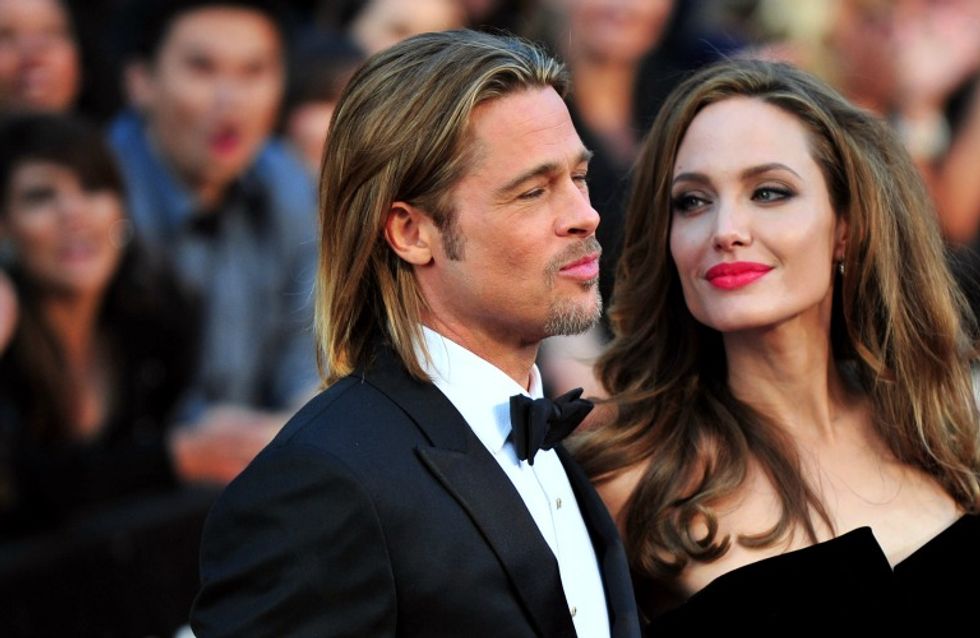 Angelina Jolie is probably the closest thing we will see on this planet to an actual unicorn: she managed to shed her bad girl past, marry one of the hottest men in the world, has a seriously successful career and makes motherhood seem effortless, all while working to save the world. Here's what she has to say on getting married and keeping her man happy.

Angelina Jolie has been doing the press tour recently as she is about to release her second directorial film Unbroken. Angelina and Brad Pitt famously got hitched earlier this year after 10 years and six kids together. She opened up to the Today show about why they ultimately decided to take the plunge:

"It did change, in just a feeling of that security and comfort that we always had but recommitting after 10 years of being together. We were fortunate enough to be in that unusual situation where we got married with our children, and they were part of the ceremony and they wrote some of the vows. So, it was all of us agreeing to be together and to just commit to this life together—not because we had to, not because anything was missing in our lives—but because we were absolutely sure. We felt that much of a family and it was that moment. It was really lovely. It was a lovely day."

The only thing I've ever been that sure of is needing ranch dressing with my late night pizza. Even though it seems like not much phases Angelina (nothing really phases unicorns) she said that she does worry about being a good wife and learning to become domestic:

"I think we have more moments where I'll say, 'I'm going to be a better wife. I'm going to cook.' And he says, 'Oh, honey. Just know what you're good at. Know what you're not.' But I do this, 'No, no, no! I'm gonna get this wife thing down.' But he knows my limitations and where I'm a good wife and a good mum."

HA! Finally something Angelina is not good at. Although when you make that much money I doubt you cook for yourself anyway. Since they have been together, Angelina also said that their dynamic on movie sets has changed:

Well Brangelina, sounds like you two have it all figured out. And even though we are green with envy we have to say congratulations on finally taking the plunge and thank you for making us feel better about our carnal fear that we may never get married off because we have no idea how to cook. Mazel Tov you two.

Do you think Angelina is giving good marriage advice? Tweet at us @sofeminineUK

10 Foolproof Steps To Getting Your Girl The Perfect Gift

Pucker Up! How To Do A Red Lip Like Angelina Jolie