by the editorial team Published on 15 April 2011 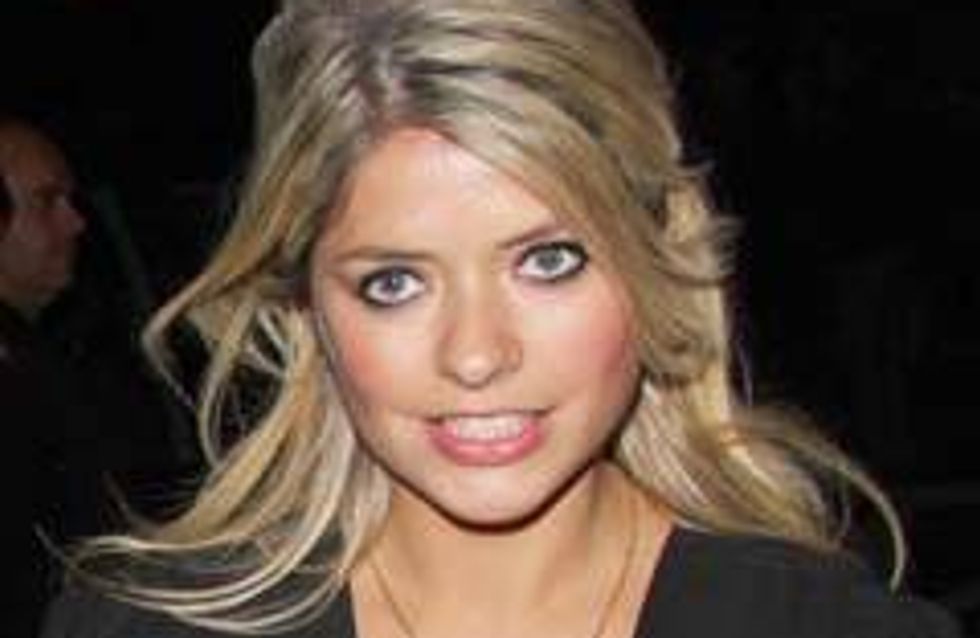 'This Morning' host Holly Willoughby gave birth to a baby girl at 5.10pm today (14.04.11) and has called her new daughter Belle.

Holly Willoughby has given birth.
The 'This Morning' presenter gave birth to a daughter at 5.10pm today (14.04.11), one month ahead of the due date, and the baby weighed 5lbs 2oz.
Holly and her husband Dan Baldwin - who already have a two-year-old son Harry together - have named the tot Belle Baldwin.
The 30-year-old star announced the news on her twitter page, writing this evening: "Thank you for all your support these last few days. Belle Baldwin finally arrived at 5:10pm today weighing 5lbs 2oz. She's amazing. X"
Holly has been off 'This Morning' all week after she experienced contractions on Monday (11.04.11), but she didn't go into full labour until a few days later.
Her co-host Phillip Schofield provided viewers and his followers on twitter with regular updates on Holly's condition, tweeting earlier today: "Just spoke to @hollywills who says thanks so much for all your good wishes ... Holly said that she hadn't been in full blown labour since Monday! And though she was having contractions she was as comfortable as could be expected. Everyone fine and happy, but the wait goes on for a little bit longer. (sic)"
Phillip wasted no time in congratulating his friend, writing on twitter: "Congratulations @hollywills, Dan & Harry!!! (sic)"
Former Spice Girl Emma Bunton also sent her best wishes to Holly via the micro-blogging site, writing: "Just woke from a little nap & just seen all the tweets! Congratulations mummy @hollywills!! Yeah so excited for you! Big kiss to you all! (sic)"