In typically dramatic Homeland fashion, series two of the hit HBO drama ended with the departure of one of the main characters. In anticipation of season 3, Damian Lewis and Claire Danes have been discussing what's next for Brody and Carrie...

Damian Lewis and Claire Danes have been talking about the new series of Homeland and just how criminal Brody will reappear in the show.

With 42-year-old Damian's character exiting the last episode on the run, following a deadly explosion at the CIA headquarters, he can't exactly stroll back home.

The lack of photos of Damian on set filming the new series has people speculating over whether he'll make a comeback at all.

Well, rest assured, he will be back - for the sake of Brody's storyline with Claire Danes' character Carrie.

Speaking at the Television Critics Association press tour in Beverly Hills, Damian gave some suggestions as to where Brody could be in hiding.

He said: "Brody is on the lam, he's disappeared into a network. I think when you do see Brody, what state will he be in?

"Is he swanning around a yacht on the Cote d'Azur with a bevy of Russian beauties - which I pitched? Is he hidden away? Is he lost? When you do see him, I hope it will be interesting."

Show producer Alex Gansa explained that, because of his character and the way season two ended, Damian's role will be smaller in the upcoming season.

Alex said: "He is the most wanted man on the planet. By definition, he’s going to be hiding somewhere. And if he’s hiding, that limits what he can do.

"There was still more story to tell between Carrie and Brody. I have no regrets about that.

"We’ll always sacrifice a degree of believability in order to put two characters together in a dramatic way."

So with Brody taking a back seat, "swanning around" on the run, we see Carrie dealing with the aftermath back in the States.

Claire, 34, said about her character's struggle: "It's pretty bleak in the beginning. She's gone off her meds for all sorts of reasons, which she believes strongly in.

"Carrie is always sitting on her own personal ticking bomb, and it's just an impossible dilemma.

"She's not great on the meds and she's even worse off them, but there's a really great sweet spot in the middle of those two spots that she's always trying to land on."

Watch the teaser for series 3:

How excited are you for the next installment? Tweet us @sofeminineUK 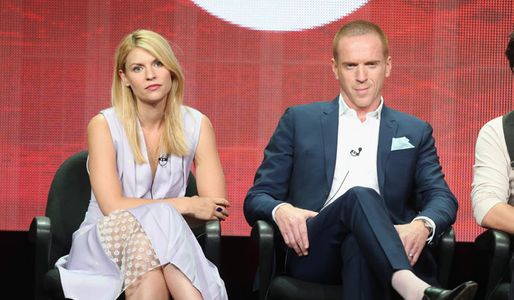