by Emmy Griffiths Published on 2 July 2015 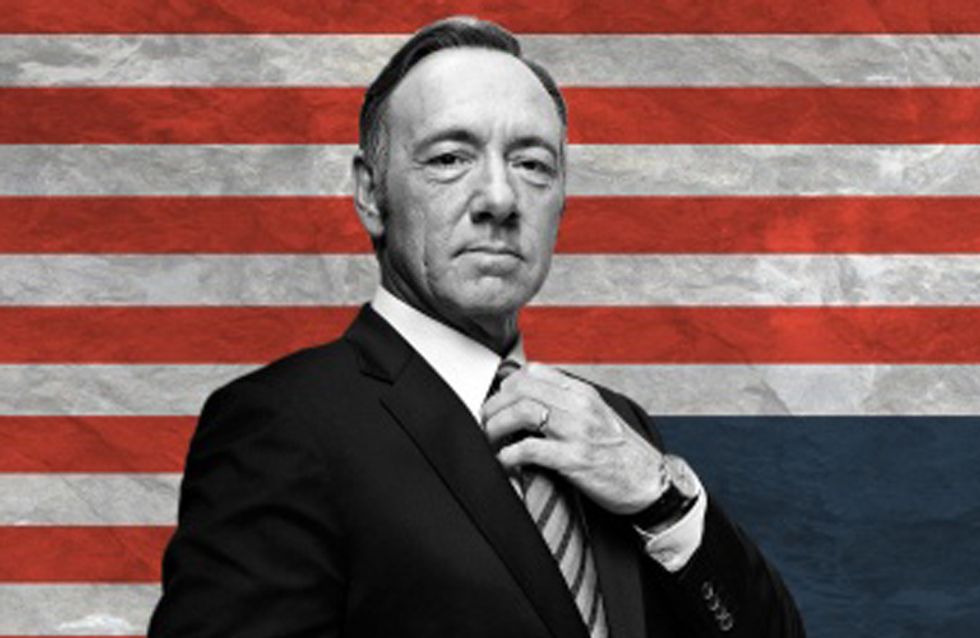 We Brits make fantastic telly that the US occasionally ruin with their half-hearted remakes. That being said, there is PLENTY of original American TV that sweeps our drama and comedy under the table. Yep we said it, Americans can ACTUALLY be funny! Sometimes. So to celebrate Independance Day with our American cousins, here are our favourite TV shows from across the pond and God Bless America!

The most beloved TV show ever about six friends adventures from their mid-twenties to mid-thirties living in New York City is always a laugh a minute, though sometimes it's outdoes itself. So to celebrate Independence Day, here is one of MANY of our favourite moments from the people who made us want to spend our lives in NYC coffee shops.

Yep, they may all speak in British accents (and only have one American actor in the whole cast - hey Peter Dinklage), Game of Thrones is an American production, and it is probably the greatest TV show, ever. If you haven't watched it you're obviously ignoring all of your friends when they tell you it's a treat! Give it a chance and watch this taster...

It isn't too well known on our side of the pond, but Community is one of America's funniest shows, following a group of seven misfits who join together at their ridiculously dysfunctional college.

Brush up on your American politics and check out House of Cards, which follows Frank Underwood, a Congressman who wrecks revenge after he was passed over for a promotion, manipulating the political system with the help of a young journalist hoping to make an impression and his wife, the equally cutthroat Claire.

Lena Dunham is the creator of this edgy comedy-drama focused on the lives of four girls who navigate life in their early twenties. Forget Sex and the City, THIS is a realistic look at what being in your twenties, single and broke REALLY looks like (which some horribly awkward situations thrown in, obviously).

Once Upon A Time

It sounds kind of stupid, but stay with us: a group of fairytale characters are put under a curse which puts them in the real world with no memory of who they are or how they got there (leading Snow White to sleep with Dr Frankenstein along with plenty of other disturbing story twists).
​
However, the child of Snow White and Prince Charming was saved from the curse, but grows up without any knowledge of her true heritage until she is unknowingly dragged into their world by her own son, Henry in order to break the curse and save her family.

Don Draper is the 1950s American dream as a misogynistic ladies man who makes a fortune pitching sales ideas for smoking. Basically, he is the ultimate anti-hero.

This anthology series focuses on a new scary storyline each season. From the murder house to the insane asylum, this quirky, disturbing and downright scary show is horror done right.

Sheriff Rick Grimes wakes up from a coma to find himself in the middle of a zombie apocalypse but determined to find his family, if they are still alive, and bring them to safety. This show, as it's rabid fans will tell you, is INSANE.

Always answer the phone if it rings.

Do not discuss the past.

Do not try to leave.

Do not discuss your lives before.

We'd tell you more, but the mystery is what makes this show as brilliant as it is. We'll leave you with the trailer instead. Welcome to Wayward Pines...

Happy America day! Are you celebrating? Tweet us @sofeminineUK!