According to evicted housemate Liz Jones, apparently the fan favourite CBB Housemate Sam Faiers is at the centre of a plot to have her win the series. It sounds like the show has been edited to put Sam in a good light, despite the fact that she has been acting much raunchier than the producers have been letting on.

It sounds like the Celebrity Big Brother good girl housemate Sam Faiers is not as sweet and innocent as she appears.

In an interview with The Daily Star, ex-housemate and journalist Liz Jones revealed that Sam has been trying hard to be sexy for the cameras, but the material has been edited it out so she looks better behaved. She said: “Sam has tried to do things for the cameras. She showered with the door open and in a bikini. 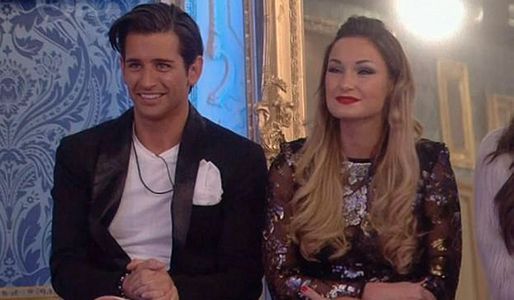 “My own view was: ‘Why would you do that?’ I never took in a bikini. I took a burkini. But it seems they didn’t show her in the shower anyway.”

Apparently it isn’t just the show who is being careful to portray Sam as a nice girl though, as Liz voiced her suspicions that the TOWIE star has deliberately stayed away from house rows to look good.

She said: “I think that Sam just wants everyone to like her. She has never rowed with anyone. Her and Ollie’s careers are reality TV and doing personal appearances so they need people to like them.

“I’d love to see her really explode and lose her rag – but she is very controlled.”

The 55-year-old also revealed that Sam has been ill during her time at the house, something else that hasn’t been revealed to the fans. Explaining why Sam has been so quiet on occasion, she revealed: “Sam has been accused of being quiet and boring but there is a reason. She has been ill for two weeks. Some days she was so bad they let her in stay in bed because she was really sick. She has a virus. It hasn’t helped her time in the house.

An insider agreed that the housemates who seem nice instead of sexy generally tend to do better in the house. They said: “It’s a fact that good people win. Anyone who has misbehaved, caused outrage or trouble never gets crowned the champ. They might stay in the show but they do not tend to win. The quiet ones who slip under the radar at the beginning and do not offend anyone always go far.

“These bosses want people to see Sam in a good light, not like Jasmine. They don’t want her labelled the same as those other girls, so it’s better to promote a more wholesome image.”

It has also been revealed that Sam’s sister and TOWIE co-star Billie will be heading into the house to completely a challenge, which has allegedly been set up to help Sam’s storyline for the show’s conclusion next week.

Do you want her to win? Tweet us @sofeminine