If you're a fan of Keeping Up With The Kardashians and One Direction you are about to have a heart attack – because it looks like Harry Styles took Kendall Jenner out for dinner on Wednesday night! The curly-haired chap – though it’s more slicked back nowadays, don’t you think? – was seen leaving a Hollywood restaurant through the backdoor with Kim Kardashian’s baby sister. Is date night going to become a regular thing for the two of them?

Harry Styles was seen courting Kendall Jenner by taking her out for a romantic dinner on Wednesday night.

According to the Daily Record, the two were seen leaving a Hollywood restaurant in LA in Harry’s car, and then presumably he drove her home. Because you are a gentleman aren’t you Harry?

The One Direction band member is currently in the US to promote their new album Midnight Memories, but clearly took an evening off from his insanely busy schedule to take the 18-year-old out for the evening.

We already know that Harry is on the lookout for a special someone rather than the flings he has had of late – cough, Taylor Swift and Cara Delevingne, cough – as he appeared on the Jonathan Ross Show last week with fellow bandmates Niall Horan, Zayn Malik, Liam Payne and Louis Tomlinson to talk about what he wanted in a girlfriend.

​He said: “I think you know when you find someone, I guess. I think just someone who’s nice.”

Kendall’s nice! She may have been causing a bit of a stir recently by posting a scantily clad picture of herself on her Instagram, but she’s an aspiring model, what can you expect?

She also seems to be supporting Harry whilst he is in the US, as she is thought to have been in the audience for One Direction’s pre-recorded performance for The X Factor USA.

Do you think the two of them would make a good couple? Tweet us @SofeminineUK 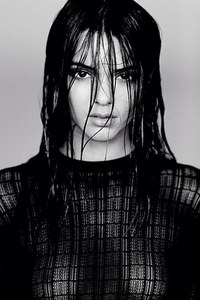