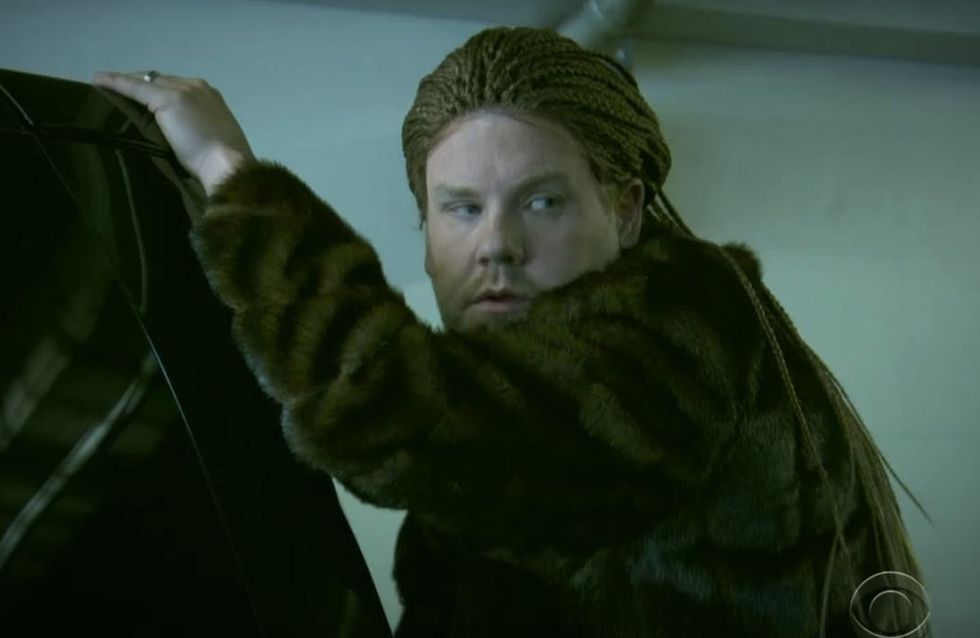 It may be early days but it's pretty much safe to say Beyonce's new album Lemonade is an record that will be remembered as a cultural landmark for years to come. The album smacks of Jay Z's infidelity and, like with grief, cycles through the emotions of being a cheated woman. It's complex and deep and the visual film that accompanies the album - premiered on HBO on Saturday - is dark and fascinating. But... could James Corden's parody be better?!

There are many times in life that you need Beyonce. The acronym 'WWBD?' springs to mind, as we all ask ourselves in crucial moments what Bey would do in a similar situation. She's guided us through many a moment: providing a loud, bass-y soundtrack to our girls' night out, vocalised the love and sex we share with partners, and now she's given us the ultimate breakup album. She premiered her latest piece of work in the 'Yonce canon on HBO on Saturday night, instantly giving us our homework for the weekend: finding out who 'Becky with the good hair' is.

The visual album is a cultural masterpiece, mixing spoken word, gorgeous outfits and a Where's-Wally-esque game of spotting all the cameos of kick-ass women we love. And damn, those dresses. Queen Bey has never looked better. But let's be honest, who could wear an off-the-shoulder ruffle plisse Roberto Cavalli gown better than Bey?

Turns out, James Corden can.

Everyone's favourite British export James Corden has made a parody of Lemonade called 'Lemonjames'. Like Beyonce, James's style has taken a huge leap since he first started out in television, from the tracksuits of Smithy to this, which shows him in a fur coat with cornrows, bathing in a tiny bathtub and smashing up really old TVs with a baseball bat in a yellow dress. But who wore it better? We honestly can't decide! Check out the video and cast your vote!

What do you think of James's new look? Let us know! @sofeminineUK