X-Men co-stars Jennifer Lawrence and Nicholas Hoult are back on, according to reports. The two have apparently rekindled their romance while on set filming the sequel to X-Men: First Class - where they first met.

Jennifer Lawrence and Nicholas Hoult are back together after splitting up in January this year.

Rumours were circulating that a reunion was on the cards after their separation was down to their hectic workloads rather than dwindling affections.

Friends and family of both actors have been convinced the pair would rekindle their romance when work brought them back together.

Jennifer, 22, and Nicholas, 23, are spending a lot of time together since relocating to Montreal, Canada for X-Men: Days Of Future Past.

They had previously dated for two years before their careers pulled them apart.

A source told Us Weekly: "They started the shoot in April as friends, and then one day they just started kissing.

"One thing led to another and they hooked up. All her old feelings came rushing back. Now they're fully back on."

Various insiders have backed up the claims, stating that the young couple have been virtually inseparable on set.

They've been spending all their spare time together and were even spotted taking a stroll around the city with Jen's family in June.

The Oscar-winning actress also apparently let slip that she was "in love again" when she visited a local HMV last week.

The couple have been trying to keep a low profile and quietly enjoy life together again.

They were spotted hanging out as long ago as April when they went for a meal at The Little Door Eatery in West Hollywood.

The stars both kept their head down - it was believed they were meeting up to clear the air before filming to ensure nothing was awkward.

Jennifer spoke about their relationship, the first time around, to Elle Magazine last December.

She said: "My boyfriend is honestly my best friend, and hopefully I'm his best friend too.

We really hope this is their happily ever after! Don't you? Tweet us @sofeminineUK 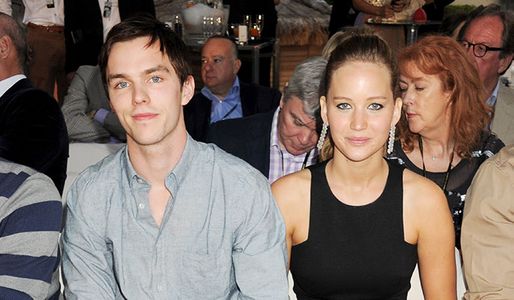