by Dagney Pruner Published on 8 January 2015 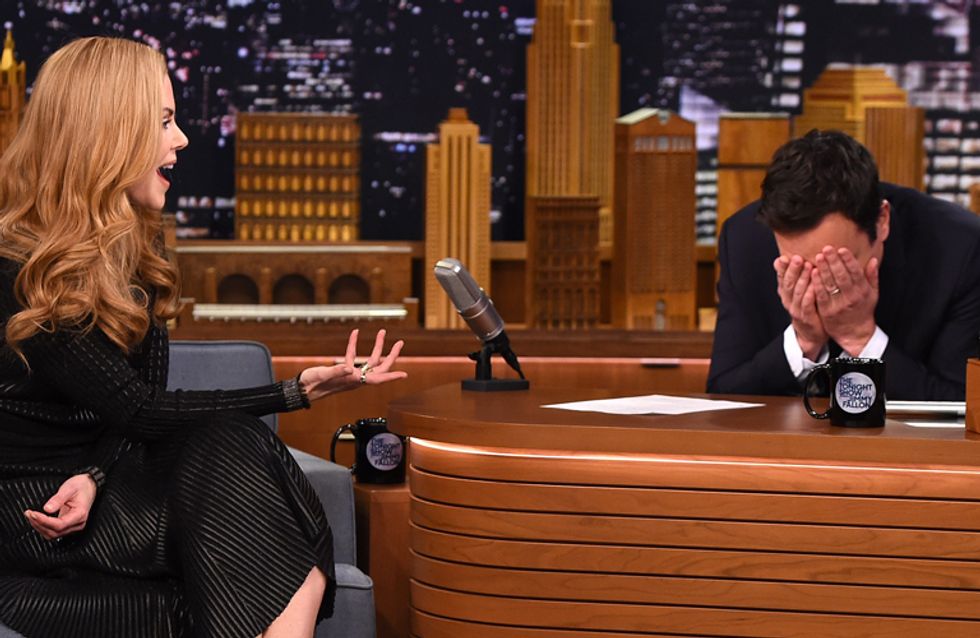 Jimmy Fallon had the stunning Nicole Kidman on his show to discuss her new movie Paddington last night, and she brought up the story of the last time they saw each other. Which just so happened to be 10 years ago in Jimmy's apartment. The funny part? Turns out Nicole thought it was a date, and Jimmy had no idea.

Ladies, there is hope. You know when you're casually texting with a guy and you go over to "hang" at their place during the week and you can't tell if he had you over because he likes you or if he's just being polite because he spent the whole time you were there playing Nintendo? Well, the most excellent news ever is that this once happened to Nicole Kidman, and it was at Jimmy Fallon's apartment.

The story goes that the duo was set up through a mutual friend. Nicole went over to Jimmy's place because she had a crush, while lil Jimmy thought it was just to discuss a movie role. The mutual friend told Jimmy that Nicole was on her way over to his apartment so he should pick up some fancy snacks. Naturally, he went to a bodega and picked up brie cheese, saltines and proceeded to heat up left over Chinese food. He answered the door in a baseball cap and sweatpants and poor Nicole sat at his place for an hour and a half before finally getting the hint that he wasn't interested...or that maybe he was just gay.

Given Fallon's reaction you can tell he had no idea Nicole had a crush. Luckily they're both happily married with children, but this hilarious exchange should give hope to girls everywhere. If an Australian vixen like Nicole Kidman can go over for a "hang" and have the guy not realise she's interested, anybody can. Keep the dream alive.

Check out the full interview here:

Does it give comfort to know this can happen to celebs too? Tweet at us! @sofeminineUK!

16 Signs You’re The Best Betch Of All