by Dagney Pruner Published on 7 January 2015 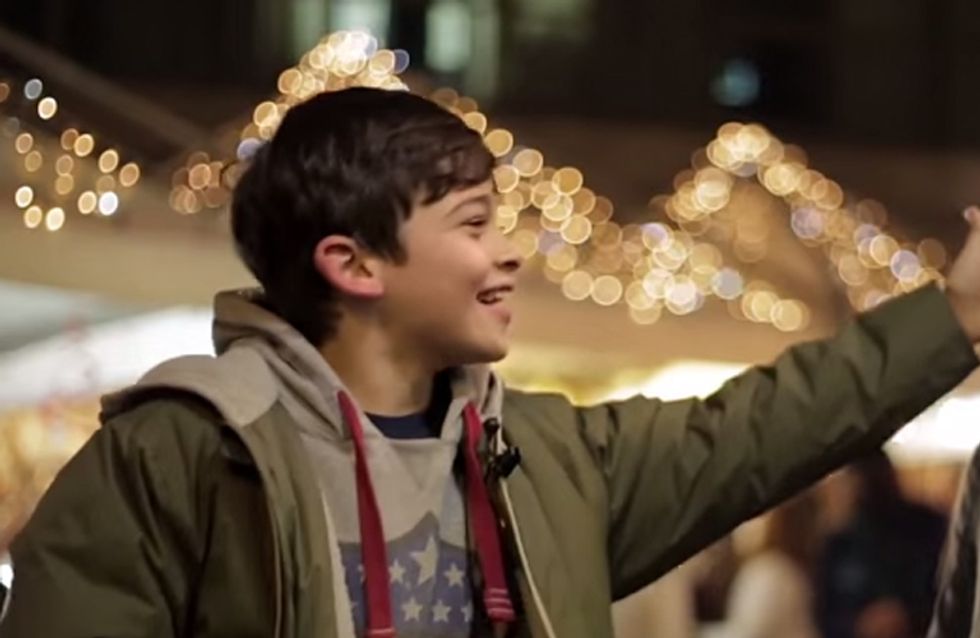 The folks over in Italy decided to join the dialogue on violence against women with an interesting new viral video. They stop young boys ages 6-10 on the street and introduce them to a young, pretty girl. After asking them a series of questions on the girl's attractiveness, they ask the boys to slap her. What happens next is empowering yet also disheartening.

It's a good PSA in theory, it proves young boys know not to hit pretty girls. Emphasis on the word pretty. It is easy to see how the video could win a lot of praise, when asked why they wouldn't hit the girl the boys give an array of answers, the gist of which is "real men don't hit women." We dig that the average eight year old boy in Italy feels this way, but we don't think the experiment totally hit its mark.

The video starts out with the cameramen asking the young boys to describe the girl, her looks, they even ask them to "caress" her which they bashfully do by giving her a nice pat on the arm. Keep in mind these are subtitled so the word "caress" probably wasn't as sensual in Italian, or maybe it was, who knows in Italy. After giving her compliments and telling her how they want to make her their girlfriend, the boys are asked by the cameraman to hit the girl...hard.

The boys all stand awkwardly before telling the cameraman "no." Their answers as to why the won't are pretty impressive:

3. You're not supposed to hit girls

These are all great reasons not to inflict violence against women, their parents should be proud. Our issue with the experiment arises with young Casanova who says he won't hit her "first of all...because she's pretty..."

The follow-up question for these boys should have been would you slap her if she wasn't a pretty girl? We have no way of knowing if their answers would have been different, but given that the boys spent the first half of the video trying to get the girl to become their girlfriend and "caressing" her, it's possible their answers may have been slightly biased.

Casanova continues to lay it on thick with the lady in the experiment following it up with a quote for the ages:

We give him points for boldness and his willingness to play above the rim. But in all seriousness, the video had a good message and showed that even young boys know better than many grown men that you should not hit women. We just wish they had gone a step further and clarified whether the girl's attractiveness played a role in their abstaining against violence. Does a real man not hit pretty women, but are willing to hit unattractive women? Let's hope the boys know not hitting women is a one-size fits all principle.

As for Casanova? Here's how he ended his interview:

Easy there, tiger. Watch the whole experiment in full here:

Do you think this experiment sends a good message? Tweet at us @sofeminineUK!

Single, Young And Paying For Sex? What Men Are Really Up To At The Weekend