Congrats Guys! 7 Reasons Why Chrissy Teigen & John Legend Will Be The BEST Parents! 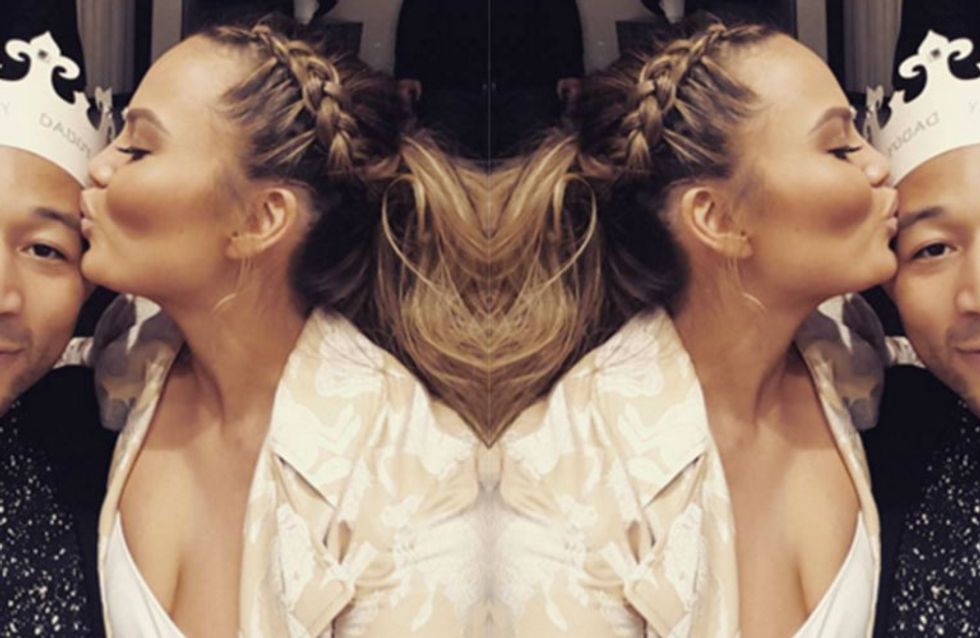 They reign supreme when it comes to #relationshipgoals, and they've only just gone and made our hearts melt all over again, this time by becoming parents to their first child. Yay! Yep, the time has finally come - Chrissy has given birth to a bouncing baby girl, and her name is just perf. Now go and grab your Kleenex cos you're gonna need a truck load!

Huge congratulations to super cute couple Chrissy Teigen and John Legend on the birth of their baby daughter. Welcome to the world Luna Simone Stephens.

Give us a second while we pull ourselves together! Isn't her name just everything!? *squeal*

Chrissy revealed the exciting news of the arrival we'd all been (not) so patiently waiting for, in the most adorable way possible, in her first post since becoming a yummy mummy.

Posting a pic of the baby's weight on her insta complete with baby panda and all, she captioned it: 'She's here! Luna Simone Stephens, we are so in love with you! And sleepy. Very sleepy.' Aw!

We totally heart this original choice and think these two will make the coolest parents ever. So much so that we made a list. Let us count the ways...

1. John can sing her the ULTIMATE lullaby...

We're sure Mr Legend will be more than happy to lend his musical talents when it comes to sending Luna off to dreamland. His slick tones will just make for THE most soothing lullaby *sigh*

​Chrissy is a whizz at all things culinary, and the proof is in the, er, pudding. Her cook book 'Cravings' was released earlier this year with an abundance of yummy meals, and it makes us hungry just thinking about it. That is one lucky little girl.

3. Chrissy will teach Luna the BEST ugly selfie face ever...

We can't wait to see little Luna's selfie face - and who better to teach her, than queen of the bizarre, downright hilarious facial expression selfie, Chrissy T?

4. Luna can have her pick of super fashionable Chrissy's wardrobe

We're keeping everything crossed that Chrissy goes full on matchy-matchy with her mini me, cos that would just be too cute to handle.

John and Chrissy both have an array of famous parents in their squad, including BFFs Kim Kardashian and Kanye West, who are of course already parents to North and Saint. These new parents certainly won't be short on nappy changing tips.

6. Luna has a ready made girl squad already...

Thanks to her parents' famous pals, little Luna will too be able to join a famous clique, in the form of the stars' offspring: Beyonce and Jay Z's daughter Blue Ivy, Kourtney Kardashian and Scott Disick's daughter Penelope, and of course North West. Future girl band in the making, perhaps?

With the likes of Jenna Dewan and Channing Tatum and the whole Kardashian Klan on speed dial, this pair will be spoilt for choice when it comes to babysitters! Now where do we sign up?

What do you think of their choice of name? Let us know @SofeminineUK

Has The New Han Solo Film Found Its Leading Man?

16 Things People With An Unusual Name Know To Be True