by Emmy Griffiths Published on 29 February 2016 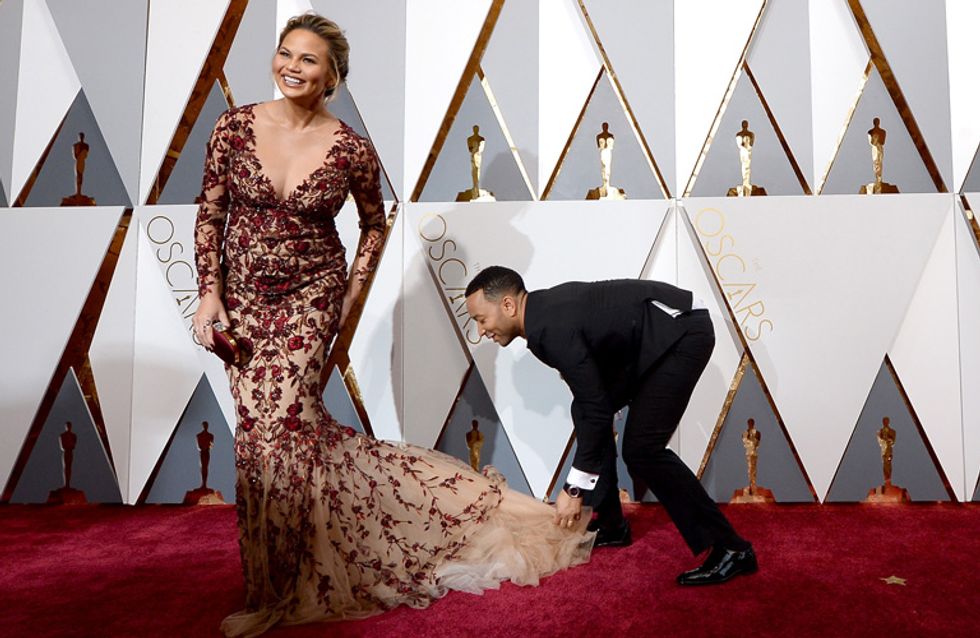 Forget Beyonce and Jay Z, John Legend and Chrissy Teigen are THE couple that have us whispering "relationship goals" to ourselves as we scroll through their photos with tears making tracks through our cheetos dusted cheeks. The couple were at the Oscars last night, where even we began to believe in true love as John stroked Chrissy's baby bump and helped out with her incredible dress.

This is Chrissy Teigen and John Legend.

With a beautiful marriage and gorgeous baby Luna, it's probably fair to say that they are practically perfect in ever way.

We didn't think it was possible to love them anymore than we already did, then we saw the pictures of John helping Chrissy out with her wonderful dress's long train, and what was once an admiring crush has turned into full blown adoration.