Justin Bieber and Selena Gomez have been spotted together!

Could Justin Bieber and Selena Gomez be rekindling their relationship?! The two were spotted out together for the first time since breaking up yesterday, and fans delightedly took to Twitter to share snaps of them after they caught sight of them riding Segways in Calabases along with a mutual pal. Nothing says love like a romantic Segway ride! Well…aside from a horse and carriage ride. Or flowers and chocolates. But Segways work too!

Does the new year mean new beginnings? It certainly does for Selena Gomez and Justin Bieber, as the two of them were spotted riding Segways in Calabases, and it sounds like they caused a great deal of nuisance in their wake as their security detail was holding up traffic.

A source revealed to In Touch Weekly: “Justin and his friend were ahead while Selena trailed behind. His security was blocking the road and it held up traffic.”

Bieber and Selena segwaying in the Oaks. She was so nice, so he yelled at us😂 pic.twitter.com/uH7doQFVCS

This is the first time the two have been seen out and about after their two year relationship was called off last year. Despite some passive aggressive tweets, interviews and a couple of performances of Cry Me a River courtesy of Ms Gomez, it sounds like the two are on great terms once more.

“They looked like they were having a really good time and have so much fun,” the source continued.

“Obviously the two are talking again but they haven’t been seen in the neighbourhood together before.”

Apparently the Biebs was fairly unpleasant when fans began to take snaps whilst Selena was lovely. The source said: “Justin got mad that people saw them together and took photos but Selena was nice and didn’t seem to care.

"Looks like she is more okay with them going public together. Looks like they are starting the new year on a new foot.”

Twitter users backed up the allegations that the Girlfriend singer wasn’t too friendly, as one follower tweeted: “Bieber and Selena segwaying in the Oaks. She was so nice, so he yelled at us.”

Another wrote: “Bieber and Selena cussed me out while riding segways in the middle of the street because we couldn't drive around his security detail.”

Flipping heck Bieber! Not everything is about you!

So was their two wheeled ride just as friends, or are they hooking back up?

According to HollywoodLife, it sounds like Justin used the season of good cheer to try and woo his ex-girlfriend back.

An insider revealed: “During the holidays, Justin played on the emotions they have for each other and worked them to his advantage because who wants to be alone during the holidays?
​
“Selena accepted his advances and invitations... She should really watch out though, he is definitely interested in Selena but not for all the right and gentleman type reasons.”

Ruh roh! Do you think the couple should get back together? Tweet us @sofeminineUK 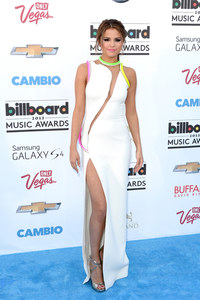