Hear that? It’s the sound of scores of teenage girls sobbing because their idol Justin Bieber is quitting the music industry. Is this a reaction to him seemingly always being in trouble? Or does Justin want to branch out and pursue acting like he’s always claimed? Well rest assured Beliebers – apparently the Heartbreaker hitmaker made a throwaway comment about retiring and didn’t quite expect it to be taken as seriously as it was!

Justin Bieber announced on a radio station that he was quitting from the music industry.

Scores of dedicated Bieber fans – or Beliebers as they’re now known – cried into their Justin Bieber duvets while listening to Baby on repeat, after the 19-year-old revealed that he’s keen to take a step back from the music industry.

His latest album Complete My Journals is about to be released, which will be the 19-year-old’s fourth record, and reportedly his most grown-up sound to date.

In response to Justin’s jaw-dropping announcement, radio host Kurt Alexander said what everyone was thinking: “What?!” As everyone else in the studio audibly gasped. 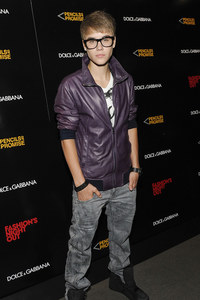 Probably realising that his declaration was slightly hasty and off the cuff, the headline-grabbing star made an attempt to backtrack.

The All That Matters singer said: "I want to grow as an artist and I’m taking a step out, I want my music to mature.”

He added: “I’m here solely for my fans and for the music.”

Perhaps his music isn’t the only thing that needs to mature, as over the past few months he’s seemingly been embroiled in one scandal after another.

Brothels, underage partying, spray-painting public property, making a ‘fat’ jibe about a fan and getting a verbal warning for swearing at custom officials after a member of his entourage was caught with weed.

It’s understandable that Justin is keen to take a step back from the drama and all the problems that come with being one of the most famous and recognisable people on the planet.

But at the same time his legions of fans will undoubtedly miss the Heartbreaker singer.

During the radio interview, Justin used the opportunity to set the record straight about a number of things, hitting back at his critics and denying claims that he is becoming increasingly arrogant.

He said: “People think I'm arrogant, I'm not, I've always been a caring and giving person.

Perhaps the fact that Justin is currently preparing to testify in a case brought against him by photographer, Jeffery Binion, is weighing heavy on the teen’s mind.

Jeffery alleges that one of the singer’s bodyguards choked him and stole his camera equipment in June, and as a result Justin will need to testify in a videotaped session with lawyers present that is due to take place next week.

The Believe singer’s lawyers have requested that footage taken is kept private as they don’t want the deposition to be published to the public and risk more bad publicity for the teen superstar.

Do you think Justin should retire or will he leave a great big hole in the pop charts if he left? Tweet us @sofeminineUK!