Justin Bieber hooking up with ex-girlfriend he dated before Selena Gomez?

It's hard to keep track of Justin Bieber's love life. The Canadian singer has been on-off with Selena Gomez for months and now it seems they're officially over for good. Justin is rumoured to have moved on with Jacque Pyles, an ex he dated before Selena was on the scene...

Justin Bieber has sparked rumours he's got a new lady in his life.

Although this one isn't so new.

In fact, she's the girl he dated before he hooked up with his most recent ex, Selena Gomez.

Justin was spotted spending time with Jacque Pyles instead of attending the MTV Video Music Awards on Sunday evening.

The pair, who are both 19, dated back in 2009 at the beginning of Justin's music career.

While Selena was glammed up at the VMAs with best mate Taylor Swift, Justin and Jacque went out to eat together.

And Justin clearly had a good time on their date.

Justin confirmed he was spending time with his old flame when he posted a fuzzy photo of her to Instagram, which seemed to show Jacque in the cinema.

He captioned the pic: "Get off your phone Jacque."

And rumours of romance were further encouraged with Jacque's Instagram photos of herself hanging out with Justin's entourage on board a private jet and sunbathing.

She wrote on the social networking site: "Swimming on private beaches, chillin on this island. I'm so blessed and thankful that god granted me this chance to spend time with old friends and make some new ones. Ain't worried bout nothin

Jacque had earlier re-tweeted a post from Justin: "Some people inspire us to dream. Some hate that we dream too big. Others dream with us. No matter what...never stop dreaming. #DreamBIG."

But Justin's apparent new romance comes just weeks after he was rumoured to be hooking up with model Ashley Moore. 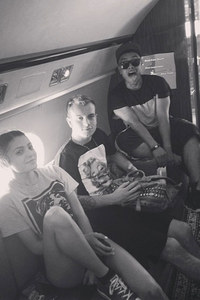 The Baby singer was snapped arriving at Bouchon restaurant in Beverly Hills in his Ferrari with the brunette beauty, who attempted to keep a low profile in aviator sunglasses.

The 20-year-old model has been linked to Justin before and is thought to have been introduced to the pop heartthrob through their mutual friend Lil’ Twist.

She spent Fourth of July with the boys and was also snapped hanging out with Justin on New Year's Day.

Whatever the truth about Justin's next girlfriend, it seems he's well and truly moved on from Selena Gomez.

But we doubt she'll be too worried, as the 21-year-old seems keen to move on with an older man.

Though she originally had her eye on 21-year-old Perks Of Being A Wallflower actor Logan Lerman, she's now looking for someone much more mature.

Though 52-year-old George likes a younger woman, Selena is perhaps stretching the boundaries too far! 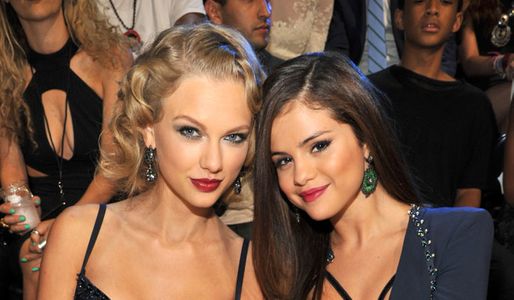