Kanye West Refers To Kim Kardashian as "Trophy" in New Song: 6 Times Kanye Has Treated Kim Like An Object

by the editorial team Published on 9 April 2014 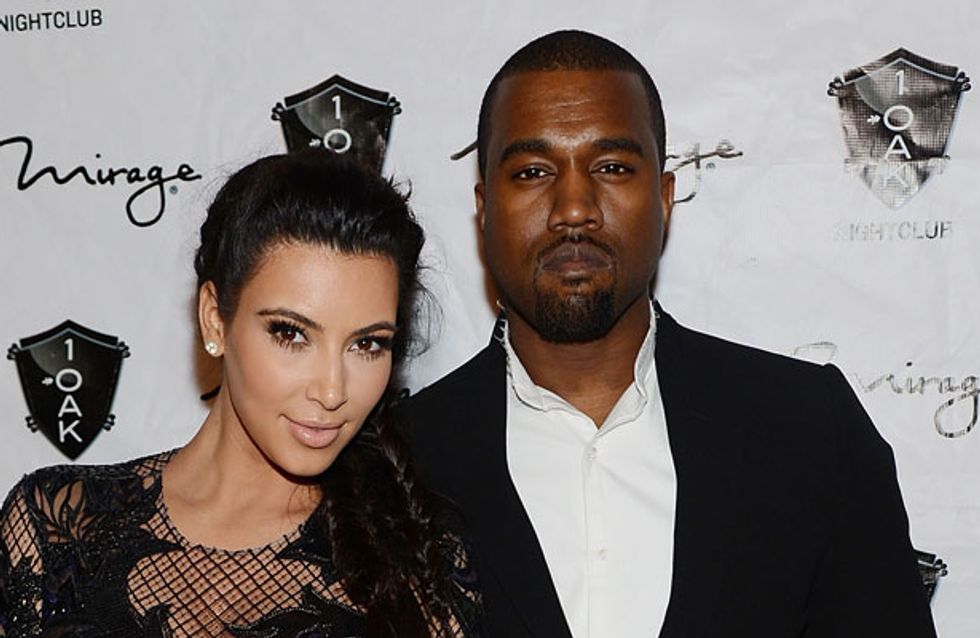 Even when supposedly speaking in terms of endearment, the men of rap often use words that sound seriously insulting to other women and Kanye's new song is a prime example. When calling a woman a "b*tch" and a "trophy," is she supposed to be pleased? Kanye's heart may be in the right place, but there are a few times when his actions made us cringe.

Ciara's man Future teamed up with Kanye West for a new song called "I Won" released today. On first listen, this song sounds romantic and complimentary of Ciara and Kim Kardashian...until you actually listen to the lyrics.

Let's be clear: of course women love to be told they are beautiful, especially by their significant others, but terms like "trophy" and "b*tch" are not ones of love and respect. In fact, they are insulting and possessive. Outside a rap song this just wouldn't fly, so why the hell are they supposed to be OK in one?

When a man calls a woman a trophy, he is essentially calling her an object, and saying it's a trophy he won. We think these men need a vocab overhaul, stat.

On one episode of the popular reality show, Keeping Up With The Kardashians, Kanye has his stylist do an overhaul of Kim's closet. He proceeds to throw out all of her clothes that he doesn't like. (Men, you DO NOT touch a woman's closet...)

Kim says the exercise is to help her show more of her own personal sense of style and individuality. But if she's basing her wardrobe choices not on her wants but Kanye's? That isn't really "individuality", it's just creepy.

The song "I Won" isn't the first time Kanye has used his lady love Kim for rap inspiration, and his past attempts at showing his love through song have ranged from awkward to vulgar to downright infuriating.

In Kanye's rap from the "Drunk in Love" remix, he is SERIOUSLY explicit about how he has sex with Kim Kardashian. Including such classics as, "You reverse that cowgirl, I impregnated yo mouth girl". We're trying to keep our lunch down...

We're happy (sort of) that Kanye is so accepting of Kim's past (aka sex tape), but his rap in "Clique" may have taken that a bit too far. Kanye says, "My girl a superstar all from a home movie." Seriously Kanye, we think that sex with her ex is something she'd rather forget, not have blasted around the world for a thousandth time. Sigh.

We can spend hours picking apart this catchy tune, but let's focus on the actual video. Kim looks stunning (as per usual) in her part of the video, but what does she actually do? Is she just there to serve as a sexual prop on a motorcycle. Err, yeah.

There's only so much you can blame Kanye for how he treats and represents Kim Kardashian, considering she is totally down with it. When news broke that Kanye had written a "love song" for Kim entitled "Perfect B*tch," the folks at TMZ tracked her down to get her opinion on being called a "b*tch."

One of the women in the TMZ office said (like any rational woman) that "b*tch" is not a term of endearment. However, Kim says she really liked the song (meaning she didn't mind, ugh).

What do you think of how Kanye sings about Kim Kardashian? Is there relationship totally dysfunctional or just different? Tweet us @sofeminineUK!