The royal baby is finally here and the new parents are reportedly planning to move themselves and little George to the Sandringham estate in Norfolk while the renovations continue on their apartments in Kensington Palace.

Kate Middleton and Prince William are preparing to take their first steps as new parents in the Norfolk countryside.

The royal couple, both 31, are reportedly taking their newborn to The Queen's Sandringham estate.

Anmer Hall, in the Norfolk grounds, will serve as the family's second home - while their 20-room home in Kensington Palace will be their primary London residence.

It's understood that the Queen has unusually asked the current tenants of the 10-bedroom Georgian house to vacate - four years before the lease is up.

The building currently houses company director James Everett and his family, who have lived there for 13 years.

It is believed this kind of move would only happen for an important reason. We reckon a future King just about qualifies!

This week, Mr Everett told the Daily Mail that his family business, Norfolk Oak, has already started moving out of the property's stables.

He's denied receiving any compensation from the royal family for the untimely eviction.

Kate and Wills have been spending their first weeks as parents in Bucklebury, Berkshire, at the Duchess' family home.

Earlier this year, plans were revealed for serious renovations of the Anmer Hall property, with greater emphasis placed on security.

The arrangements included re-routing of the driveway, extensive tree planting to shield the property, and plans to expand accommodation - perhaps for the couple's protection officers.

The Duke of Cambridge was reportedly gifted a house in the Queen's estate for his 30th birthday and this would suggest Anmer Hall was the property in question.

Although the couple had previously been happy in Nottingham Cottage on the Kensington Palace estate, perhaps their new arrival has made them believe a larger, second home is necessary. 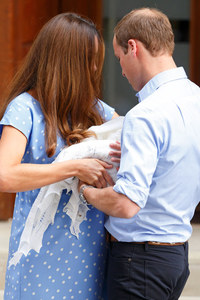