Is the royal baby on its way? It's being widely reported that Kate Middleton is in labour and on her way to the hospital. We're all crossing our fingers that the wait is over...

Kate Middleton is thought to be on her way to the Lindo Wing at St. Mary's Hospital.

The heavily pregnant Duchess and her husband Prince William abruptly left Kate's parents home in Bucklebury with police escorts at around 3pm this afternoon.

All police escorts have since left the area.

But a Palace rep says: "We wouldn't comment on the exact whereabouts of the Duke and Duchess – we wouldn't normally do so in their private time."

The media are gathered outside the hospital in anticipation for Kate's arrival - as they have done for days now.

And Twitter has of course already gone crazy with speculation around the labour.

One user wrote: "Reports are that Kate Middleton and Prince William have left Bucklebury for London. BABY TIME?!?!?!"

Another said: "Kate & Will are on the move! They left Kate's home in Bucklebury, and headed to London! Is the baby on the way?" 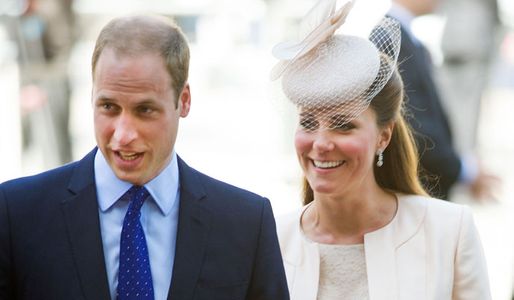 Earlier today we reported that it was thought Kate could give birth today.

People had come to accept that the 31-year-old was set to give birth on 13th July.

The Duchess had reportedly let slip the date at a private BBQ.

The official statement from Clarence House was always just "mid-July".

It has since been suggested that today is in fact her due date and we've been kidding ourselves all week!

A royal source told the Daily Telegraph: "A small number of staff at St Mary's who might be called upon when the Duchess gives birth were told they had to remain teetotal for a month before the due date.

Are you excited about the royal baby's arrival? Tweet us @sofeminineuk