by Esme Riley Published on 14 September 2012 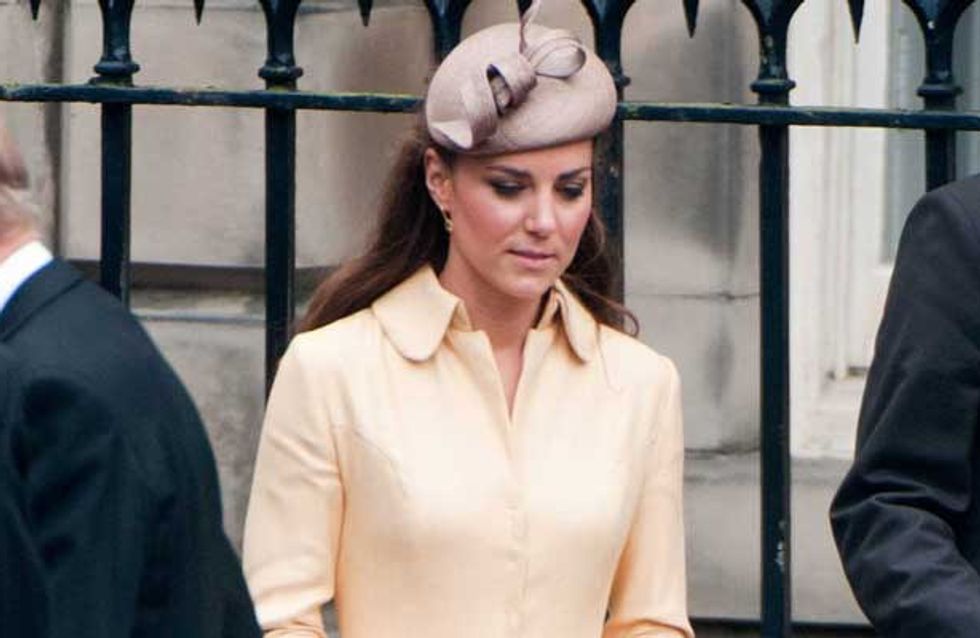 A magazine in France has made the controversial decision to publish topless pictures claiming to be Kate Middleton on holiday with Prince William.

The French version of the popular Closer magazine has splashed across its cover: "Oh my God! The photos that are going to go round the world”, alongside the revealing snaps.

The edition boasts: “The Duchess of Cambridge topless on the terrace!”

Kate and Wills, both 30, will have presumed they wouldn't have been photographed as they relaxed at the Chateau D'Autet in Provence - a magnificent building set in 640 acres and owned by the Queen's nephew.

The photos claim to show the royal couple relaxing by the pool, with Kate seemingly rubbing lotion into Wills' back, her breasts on full show.

In another, her top has fallen down or she is about to remove it.

The scandal comes just weeks after a US website printed naked pictures of Prince Harry on holiday in Las Vegas.

Closer France editor Laurence Pieau has bragged: “We have to say that after Closer magazine comes out, Harry is going to feel a lot less alone.”

Kate and Wills are currently on a tour of South East Asia and were reportedly told the news of Closer France's "exclusive" over breakfast.

A senior royal source told MailOnline: "The Duke and the Duchess are obviously saddened and disappointed if they are genuine as they believe they have a right to privacy - particularly on holiday."

As a result, they are said to have instructed officials to investigate and may even take legal action against the magazine.

The full text of the article reads: "A little more than a year after their marriage, the royal couple was offered a romantic getaway, far from the protocol and etiquette in their very own garden of Eden.

"Almost alone in the world...because Closer was there! After the Olé Olé holidays of Prince Harry in Las Vegas, discover the very sensual shots of Kate Middleton and her husband Prince William.

"Discover the incredible pictures of the future Queen of England as you've never seen her before... and as you will never see her again!"

The scandal is all the more shocking because France is known for its strict privacy laws, with "the right to privacy" even being a part of the country's constitution.

But in a growing magazine industry, publications are increasingly taking a risk and breaking this law as fines imposed are often very small.

Is Kate Middleton pregnant with her second baby? by the editorial team

Kate Middleton weight: Duchess looks fuller-figured on night out with Pippa by the editorial team
+
All the news about Kate Middleton
by Esme Riley
Review full sized beauty products for us for FREE

William, Kate, Harry and Meghan
by the editorial team

Prince Philip
by the editorial team

Prince Harry on his arrival
by the editorial team