Harper Seven is one of the most stylish celebrity kids out there, so it’s no surprise that Kate Middleton looked to Victoria Beckham when thinking about how best to debut her son to the world.

It seems new mum Kate Middleton could have been taking parenting advice from Victoria Beckham.

Kate gave birth to her first child - a baby boy named George Alexander Louis - on Monday, before presenting him to the world the next day.

As she and new dad Prince William posed for the cameras outside St. Mary's Hospital, fashion experts noticed that little George was wrapped in a white cashmere shawl from Nottingham knitwear supplier GH Hurt & Son.

It was the same wrap - which costs a hefty £110 - that mum-of-four Victoria Beckham owned in pink for her baby daughter, Harper Seven.

Wills is good friends with Victoria’s husband David Beckham, so it’s possible the fashion designer could have passed on some parenting tips to Kate.

The Duchess’ decision to choose a classic white blanket suggests it was bought before her baby's birth, as she and Wills always said they didn't know the sex of their baby. 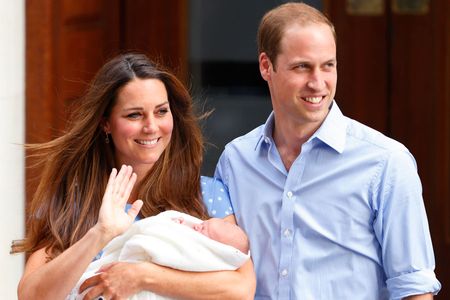 And while Prince George made a rather stylish debut, his mum also ensured she looked her best for the crowds of paparazzi.

Kate, 31, chose to wear a gorgeous polka dot Jenny Packham dress - in the rather appropriate colour of baby blue.

The frock proudly showed off Kate's post-baby tummy and she was praised for her decision not to hide it from the public.

The dress was made especially for the occasion, which Kate described as "very emotional".

She added: "It's such a special time. Any parent sort of knows what this feeling is like."

Kate's hairdresser had visited the private Lindo Wing of the hospital earlier in the day to ensure she looked immaculate - and she did.

Wills, meanwhile, looked dapper in trousers and a matching light blue shirt, but of course our eyes were mostly on our future King!

Check out the best pictures from Prince George's debut... 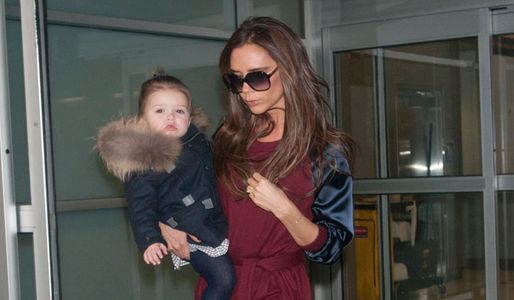