by Alison Potter Published on 6 December 2012

Perma-tanned Katie Price is said to be secretly dating Charlotte Church’s equally orange ex, Gavin Henson. The pair have reportedly been sending each other private messages for weeks, before the newly-single glamour model decided to step things up a notch by agreeing to go on a date with the 30-year-old Welsh rugby player. According to The Mirror, they met at celeb haunt Mahiki on Tuesday night for the London club’s Christmas party. 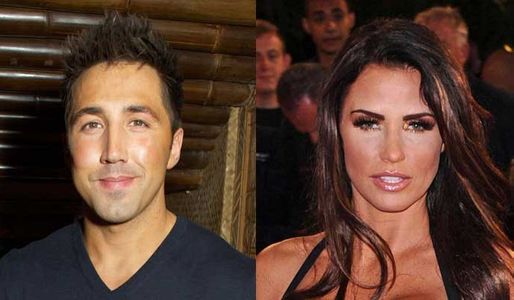 In order to avoid a potentially awkward run-in, the mother-of-three and Gavin are said to have made a quick exit and headed off to dinner together.

Although they arrived separately - with Katie turning up in a taxi and Gavin arrived in a car - the couple spent the next five-and-a-half hours dining together at Soho eatery Balans.

From there they went back to 34-year-old Katie’s hotel, The Corinthia, where the rugby star reportedly also had breakfast.

A source close to the glamour model told The Mirror: “Gavin is Kate’s type. She has fancied him for years.

“They got on well at Mahiki. She squeezed his arms and started ‘phwoaring’. They spent most of the night in the club’s private room.

"They were snogging within minutes. They swapped numbers and plan a more discreet date next week.”

During their dinner, a fellow diner reportedly recognised the rugby player and approached their table to bizarrely sing the Welsh national anthem with Gavin.

He also asked why the sportsman was in the capital and he allegedly grinned and said: “To find a girlfriend.”

The rugby hunk - who was engaged to singer Charlotte Church, with whom he has two kids - has been unlucky in love and even went on reality TV show The Bachelor to find himself a new lady friend.