by the editorial team Published on 27 February 2014 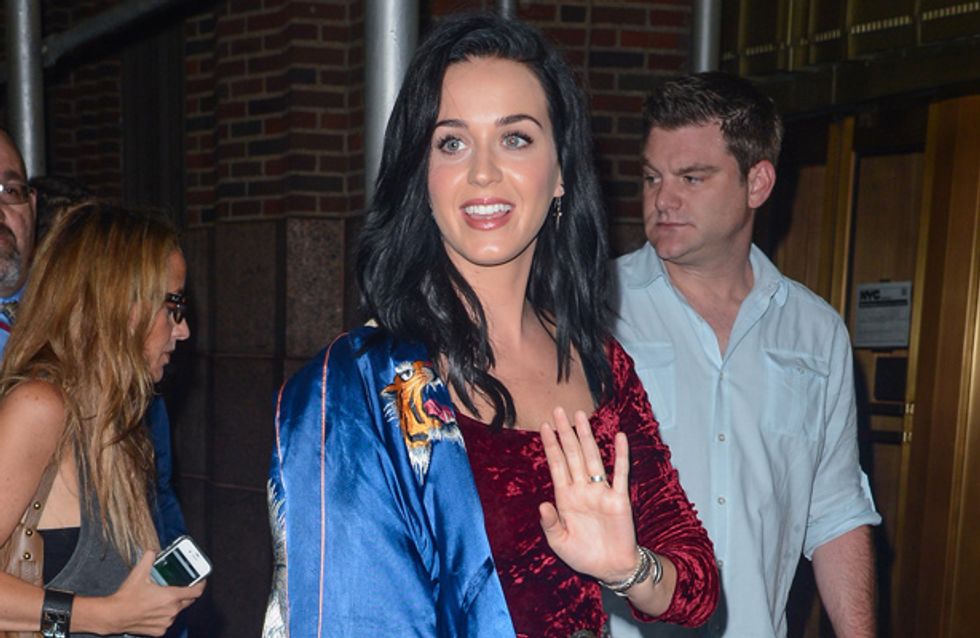 Katy Perry can truly do it all: sing, dance and apparently, deliver babies in the middle of a living room! The “Dark Horse” singer tweeted last night to say she helped deliver a baby in “a miracle of a day.” In between all her traveling to London and Milan, and all the reports of a break-up with John Mayer, Katy lent a hand to bring some life into the world!

Katy Perry has been a very busy celebrity. She recently traveled to London and Milan and will soon be heading out on her Prismatic tour, but Wednesday brought something a bit unexpected. Katy helped deliver a baby!

Last night, Katy tweeted, “Finally you can add ‘helps delivers babies in living rooms’ to my resume! It’s been a miracle of a day…Auntie Katy aka Stylist Auntie.”

Finally you can add "helps delivers babies in living rooms" to my resume! It's been a miracle of a day...❤️ Auntie Katy aka Stylist Auntie 👶

Though the singer does not reveal the name of the mother, many assume since she is now calling herself “Auntie” that her sister Angela Hudson gave birth yesterday. Many of Katy’s followers and friends on Twitter seem to think so too and are continually sending Katy and Angela congratulatory messages in response to the tweet.

The baby news comes right on the heels of Katy’s surprising split from fellow singer and reportedly now former boyfriend, John Mayer. According to E! News, Katy broke up with John within the past few days.

Thought it is not clear what brought on the breakup, a source told E! News that Katy’s upcoming Prismatic tour may have something to do with it. According to the source, Katy has been putting her work first recently, and though they’re not sure if that was the final straw in the relationship, it likely had an influence on her decision.

Katy recently added on another leg to her Prismatic tour, leaving her booked solid from May until November of this year. John Mayer will also be having a very busy year, seeing as he is scheduled to start a worldwide tour in April.

Despite the breakup news, congratulations are certainly in order for Auntie Katy, who we’re sure will soon be dressing the little tyke up in all the latest designers and trends! Here’s to Stylist Auntie!

Why do you think Katy and John decided to call it quits? Tweet us @sofeminineUK!