by the editorial team Published on 23 November 2012 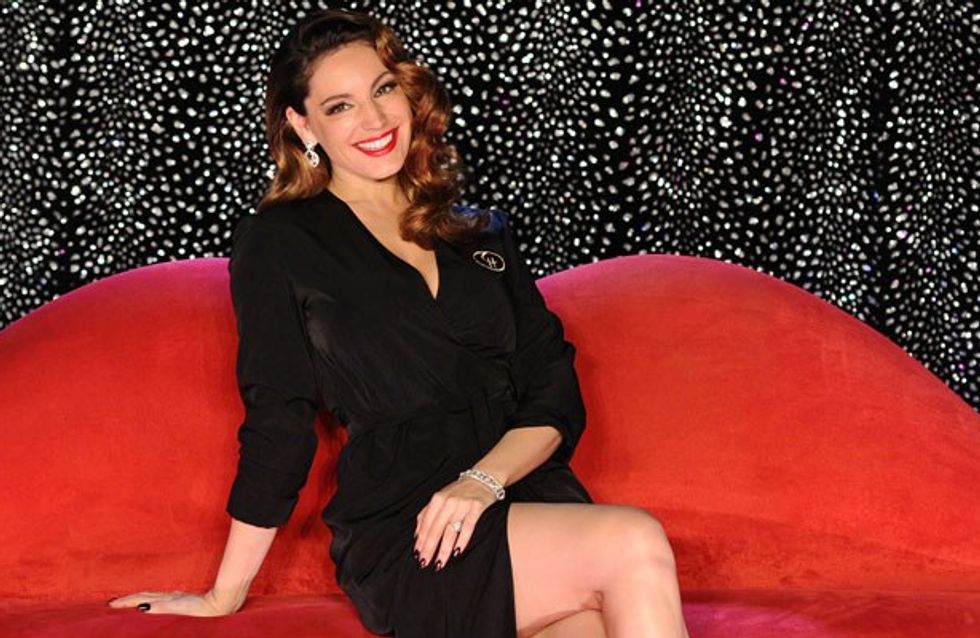 Kelly Brook has revealed that she turned down I'm A Celebrity...Get Me Out Of Here! to star in risqué cabaret show Crazy Horse. 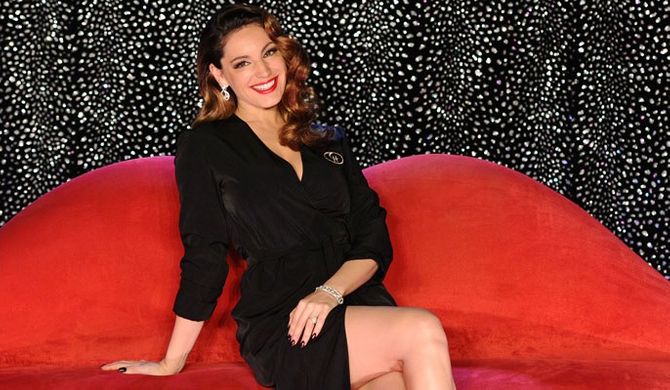 The model turned TV presenter turned actress was keen to prove she's talented by starring in the seductive show, which has been a fixture of Parisian life for more than 60 years.

Kelly told MailOnline: "We are so overwhelmed with reality shows that there isn’t much opportunity to showcase your talent because it’s not as entertaining as watching someone eating bugs in the jungle.

"I might have the wrong attitude when it comes to my career, but I felt that I would rather be in this show, watched by 400 people than be on a show I am not passionate about being watched by 10 million."

"I am hoping that this has reminded everyone why I am still around. Because this, more than anything else, is what I love.

Though Kelly, 33, is now most famous for her curvy figure, she primarily trained as a dancer at the Italia Conti Theatre School in London, before her modelling career took off.

When she learnt that Crazy Horse was coming to London, she begged promoter Harvey Goldsmith to let her be a part of it.

She recalled: "I first saw Crazy Horse in Paris about four years ago and I thought it was the most amazing show I had ever seen. It was so beautiful to watch and I loved the way it really celebrated the female form.

"The girls are naked, but it is about so much more than that. The choreography and lighting are so incredible that it is mesmerising.

"It is famous for being the best cabaret in the world and commands huge respect. I am all about the integrity, and I think as long as that’s how you approach things, then you can’t go wrong. But it’s pretty hard to find nowadays."

Kelly was in the show for its sell-out week-long stint on London's South Bank, but has to now leave to start training for the Strictly Come Dancing Christmas Special.

She continued: "I feel very lucky to have had this opportunity and if they come back to London I would love to do it again.

"I know there will be some people who only came because they wanted to see me half-naked, but hopefully they will come back because they realise what a great show it is."

Kelly chose to wear a tiny red basque instead of taking all her clothes off for her part in the show - a decision she thought about carefully.

She said: "I know that would get headlines, but this show is about so much more than that."

Kelly went on to reveal that her time in Crazy Horse - which has a reputation as the world's most seductive cabaret - has been really "empowering" and helped her become comfortable with her body.

She said: "The troupe had girls from 19 to 33. But it was so much more interesting to watch the older girls.

"It made me realise I couldn’t have done this show when I was younger. Now I am in touch with my sexuality. I am confident as a woman and with the way my body is.

"When I did lingerie shoots when I was younger I would block out the whole experience. There was nothing going on in my head and when I look back at old pictures, I don’t look comfortable. But now I realise I know how to use my body.

"My whole Crazy Horse experience was really empowering and I feel really sexy."