Kim Kardashian and Kanye West sued a co-founder of YouTube, Chad Hurley, claiming that he violated a confidentiality agreement by posting a video of Kanye's proposal to Kim on his new video sharing website, MixBit. The video, though fuzzy, was two and a half minutes long and showed both the proposal and the ensuing celebration. The couple is seeking unspecified damages from Hurley and his company, Avos Systems Inc.

The lawsuit states, "Exclusive rights, such as those sold by plaintiffs to publication of video of the event, are particularly valuable. If people violate these rights ... they are of substantially diminished value."

The couple say that Hurley was not invited to the event but mentioned to fluke his way in with a friend. He gave both an oral and written agreement upon entrance that he would not publish anything. He even took a photo with the signed non-disclosure. Fat chance!

As we all know, Kayne elaborately proposed to Kim on her birthday by inviting her friends and family to a rented-out San Francisco's AT&T park and splashing the words, "PLEEEASE MARRY MEEE!!!" across the stadium's jumbotron.

​Many of the attendants then went on to post photos of the happy occasion on their social media channels, but Hurley, who was not technically an invited guest, took it one step too far by taking and posting video of the celebration.

Kim and Kanye have called him "desperate" and believe he tried to capitalize on their special moment to publicize his new business, MixBit.

The MixBit app allows users to collaborate with one another. Any clip on the app is fair game, allowed to be remixed in with other content. About the app, Hurley along with his partner, Steve Chen, say, "We created YouTube to give you a way to share videos, and now we want to help you create videos, together." 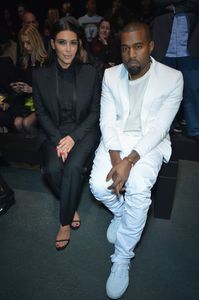