Home / Entertainment / News celebrities / Kim Kardashian: "My daughter is not spoiled at all"

Kim Kardashian: "My daughter is not spoiled at all"

by Teddi Ginsberg Published on 27 February 2014 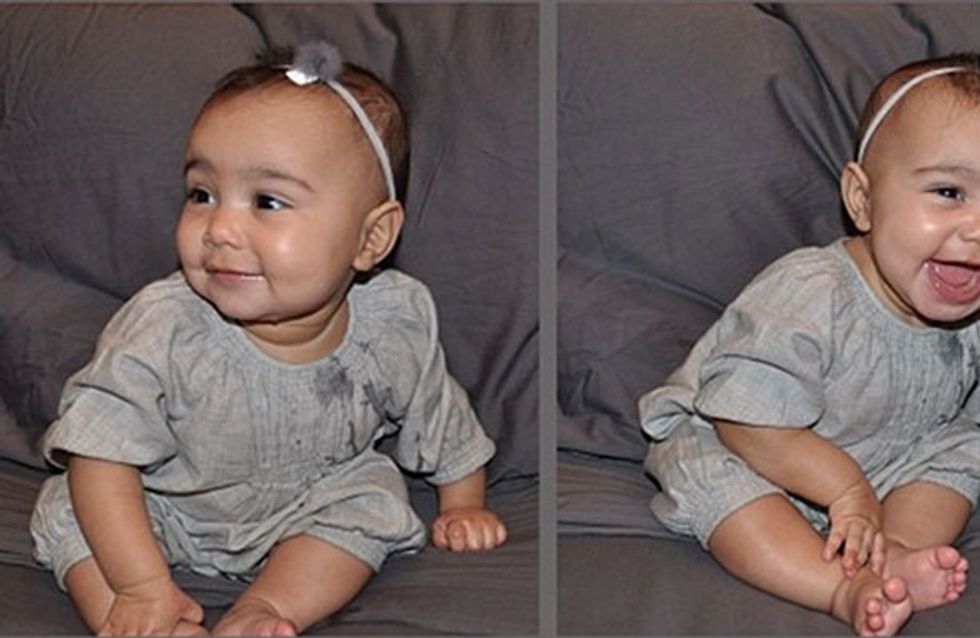 Kim Kardashian's Instagram account is peppered with pictures of the chicest of baby clothes: an Oscar de la Renta dress, a Kenzo sweatshirt, Stella McCartney onesies, and Giuseppe Zanotti shoes, to name a few. It's safe to say this baby is bound to be better dressed than most of us ever will be! But Kim swears that despite the endless designer duds, her daughter wears hand-me downs and isn't spoiled.

When your mother is reality royalty Kim Kardashian and your father is rap superstar Kanye West, a few things are certain. You're bound for a life of luxury, paparazzi chases, and tabloid fodder. And, yeah, you're probably spoiled rotten.

In a recent interview, however, Kim Kardashian is trying to put that last perception to rest. The Keeping Up With The Kardashians star swears her baby, North West, wears hand-me-downs and isn't spoiled in the least. In People Magazine's March 10 issue, Kim says North "has not actually worn anything designer yet."

Wait. The Louis Vuitton Don baby isn't decked out in head-to-toe couture? Say it ain't so!

"Despite what it looks like on my Instagram, my daughter is not spoiled at all. Kids get dirty. She’ll spit up. She moves around so much. I saw this one cute dress that was $500 and I was like, ‘Absolutely not!’ I just want her in little onesies or leggings."

On chic accessories, Kim says, "I've tried to put North in a faux-fur vest, but she hated it. She doesn't mind headbands [that don't] pull her hair."

As for the hand-me-downs? North can thank her cousin Penelope, daughter of Kim's sister Kourtney Kardashian with longtime love Scott Disick.

"Kourtney says everything and gives it to me. Comfort is everything."

One thing's for sure: Kenzo sweatshirt or not, that baby sure is cute.

Which of North's designer duds do you wish you could have (in your size)? Tweet us @sofeminineUK!

The Kardashian sisters play X-rated crotch "smell-off" game on reality show by the editorial team
+
All the news about Kim Kardashian
by Teddi Ginsberg
For all the best videos, memes and shareable news!