Kim Kardashian has a lot to celebrate. Back in June the Keeping Up With The Kardashians star gave birth to her daughter North and on her 33rd birthday her rapper boyfriend Kanye West elaborately proposed in front of all their assembled friends and family members. But now Kim has something else to be happy about – her reported 50lb post-baby weight loss!

Kim Kardashian was the victim of many cruel jokes about her weight while pregnant.

But now the Keeping Up With The Kardashians star has had the last laugh as she claims to have lost a massive 50lbs – that’s 3.6 stone – in just over four months following the birth of baby North.

Wearing a daring skin-tight white sheer lace dress with visible black underwear underneath, Kim told Jay Leno on his late night chat show: “Actually I got on the scale today and it said that I am 50lbs down. That made me so excited.”

The reality star is not pretending it was a walk in the park though, and calls it “the greatest challenge of my life.”

As well as working out with trainer to the stars Tracey Anderson – who famously toned A-listers Gwyneth Paltrow and Madonna – Kim went on the protein-heavy Atkins diet because “it worked for me.”

Opening up about the scrutiny of her figure while pregnant, Kim declared it “ridiculous.”

The mother-of-one candidly added: “It really hurt my soul. It changed how I am in public. I've tried to live more of a private life.”

Kim attributed her bloated figure during pregnancy to preeclampsia, a life-threatening condition that raises blood pressure and which also was the reason behind her emergency five-week premature delivery.

“That was a cause for a lot of the swelling and at the time I didn't know what was going on,” she revealed.

Although Kim gave birth back in June, she’s largely stayed out of the public eye the past few months, apart from a brief visit to France with fiancé Kanye during Paris Fashion Week

Explaining her out of character absence, the proud mum admitted: “I just wanted to have time with her and be with her. This was the one time in life that I could just take off and spend time as a family with me, and him and the baby. So we both took a maternity leave.”

Gushing about her lavish birthday proposal from Kanye, Kim couldn’t hold back, revealing: I'm very happy right now. [The proposal] was the most magical night of my life.”

“I thought we were just going to dinner for my birthday. He just told me to close my eyes... he covered my eyes.

“I thought I was going to fall and he was totally helping me [out of the car]. It's so it his personality to do something wild for my birthday.”

Kim also enthused about her little one, nicknamed Nori, calling her “the sweetest little girl.”

“She never cries. She's a perfect little angel. I hope she grows up to be smart and opinionated like her dad.”

Kim also confirmed that she will trade in the famous Kardashian name to take her husband-to-be's surname.
“It'll definitely be West,” she said. “My daughter's name is West, and we're a family.”

Are you shocked by Kim’s 50lb weight loss? Tweet us @SofeminineUK! 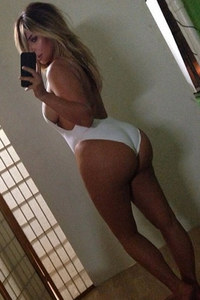