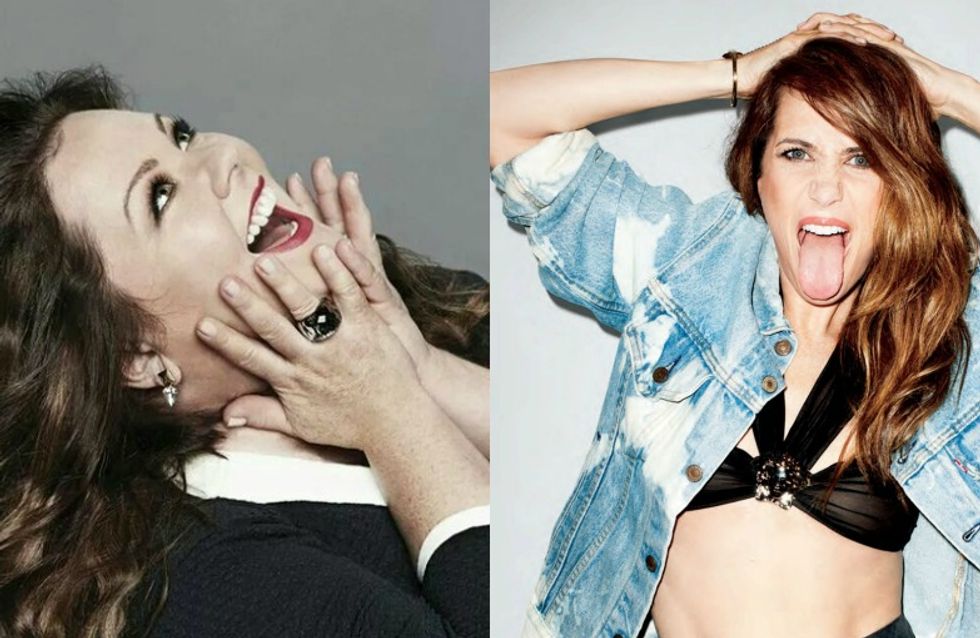 Ghostbusters is one of the most classic comedies of the 80's. So this reboot from the minds of the SNL cast is going to be AMAZING. Why? Because this movie is going to have an ALL female cast. PLOT TWIST. Here is everything we know about the flick so far.

There's a hilarious man named Paul Feig, and if that name doesn't sound familiar to you no worries, he is only the guy that directed the most funniest all-female movie ever: Bridesmaids. Well, this director is back at it with the new Ghostbusters and if it's anything like Bridesmaids, we think it is going to be effing hilarious. This is what he had to say about the reboot:

"I love the first one so much, I don't want to do anything to ruin the memory of that. So it just felt like, let's just restart it because then we can have new dynamics. I want the technology to be even cooler. I want it to be really scary, and I want it to happen in our world today that hasn't gone through it so it's like, oh my God what's going on?"

So sounds like a Michael Bay movie cast with epic stand up comedians? Schwing! There was a Ghostbusters sequel in 1989 and we haven't heard anything from the franchise since so this change-up is going to be one for the books. Who were the lucky ladies tapped to fill the shoes of the previously all-male cast? Let's take a look:

Hell. Yes. Kristen Wiig has brought female comedians to the forefront of Hollywood so we have no doubt this movie will be hilarious with her at the helm. Original ghostbuster Bill Murray asked for Wiig specifically when he refused to do the third flick, so if Murray approves, we absolutely do.

We run the risk of repeating ourselves when we say: hell. Yes. Melissa McCarthy won our hearts in Bridesmaids and has continued to make us laugh our asses off ever since. She was hilarious in The Heat, and its screenwriter will be writing the script for the reboot. If her wardrobe will be anything like Megan's then we think they definitely have a hit on their hands.

The blonde comedian has been on the rise since her time on the comedy show and fun fact: she can play the guitar, cello and piano. She's the ultimate thespian.

Leslie is another SNL star who has had a handful of movie roles before, but this will be her first leading role. Given her humour on SNL we will be expecting lots of sass while she ghostbusts in the film.

The film is set to be released July 22, 2016 so we only have to wait a full year and a half to watch the females make us LOL on the big screen. We'd be lying if we said the anticipation wasn't already killing us.

Do you think the new Ghostbusters is going to be better with an all-female cast? Tweet at us! @sofeminineUK!