Lady Gaga Is The New Queen Of Carpool Karaoke

by Helen Turnbull Published on 26 October 2016 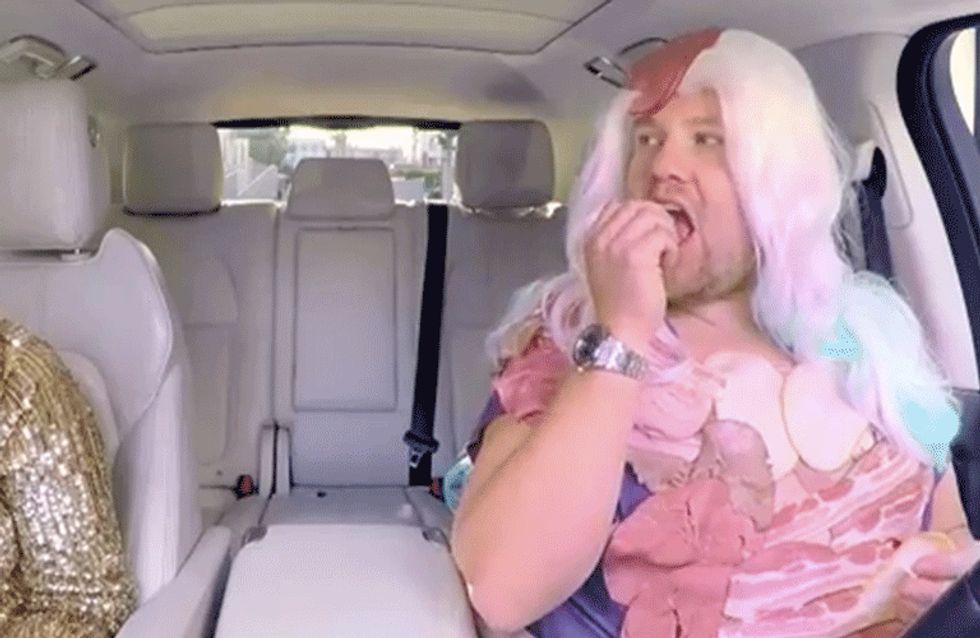 James Corden’s had some of the world’s sassiest women (Britney Spears, Adele, Michelle Obama, Jennifer Lopez) grace his passenger seat with their presence since the birth of his genius Carpool Karaoke segment but it seems they were just the warm-up acts (sorry) for Lady Gaga. After releasing her highly-anticipated new album Joanne this week, she hitched a ride with the British TV presenter for scenes which can only be described as ‘gaga’.

We’re declaring it now: Lady Gaga is the new queen of Carpool Karaoke, knocking FLOTUS Michelle Obama off the throne.

The Joanne star - who released her new album of the same name this week - proved herself to be a true sport as she became the latest star to join James Corden on his ride to The Late Late Show studios. Just when you thought there was no topping Britney Spears, Gaga comes along and pow - all Carpool Karaoke guests who came before her are all but forgotten.

Gaga (real name Stefani) launches straight into the karaoke, comically telling the traffic to “move b***h, get out the way” in reference to Ludacris’ lyrics before James presses play on her extensive back catalogue of hits. Perfect Illusion, Bad Romance, Edge of Glory and Born This Way all feature as well as an impromptu driving lesson from James when Gaga jumps behind the wheel briefly.

Asides from all of the singing and dancing (which is dangerously enthusiastic at points), Gaga’s 15 minutes in the hot-seat teach us more about the singer than Wikipedia ever could. Firstly, she owns around 400 pieces of Michael Jackson’s clothing, including a Thriller jacket and one of his gloves, which she keeps in a temperature controlled room “so I can preserve them until the end of time”. Secondly, she’s officially a lyrical genius as it took her a mere TEN MINUTES to write Just Dance, Poker Face and Born - all of which are number one singles.

But that's not all. While Gaga owns the limelight for much of their time together, James modelling her outfit archive is something we won't be forgetting in a hurry. Especially, his take on her near-naked 'crime-scene tape' costume from the Telephone video. Don't say we didn't warn you.

Is this or is this not the best Carpool Karaoke so far? Let us know your thoughts @soFeminineUK