by Helen Turnbull Published on 26 August 2016 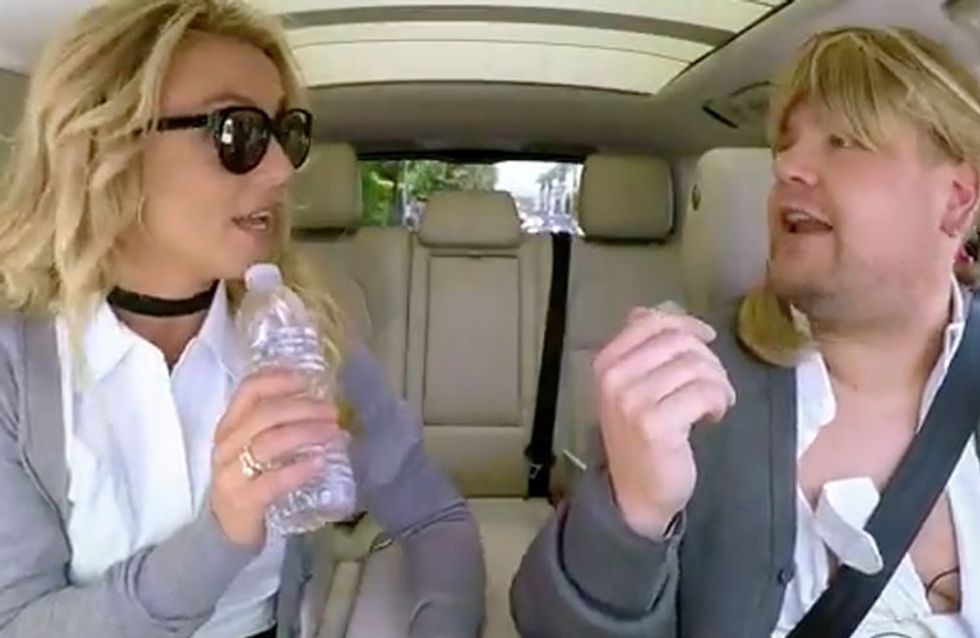 Oops he’s done it again. Just when you thought Carpool Karaoke King James Corden couldn’t top Michelle Obama, he’s only gone and persuaded Britney friggan Spears to jump into the passenger seat of his ride to work. The Late Late Show and the original pop idol make for one hella cool duo as they belt out her best-loved hits in between a grilling about her private life.

1. Even she doesn’t know what ‘Oops I did it again’

"I want three more [children]... I have to find the right guy first"

4. She’s so over the male species

"I mean I might French kiss someone but I’m not going to marry anyone, no. I don’t believe in marriage anymore."

5. She does a decent robot

She slaps James Corden when he imitates her super-sexy stage moves.

7. She never checks into hotels as Britney Spears

10. James Corden in a schoolgirl’s outfit is a disturbing sight

Is this or is this not the best Carpool Karaoke yet? Share your thoughts on @soFeminineUK

Helen Turnbull
…
For all the best videos, memes and shareable news!