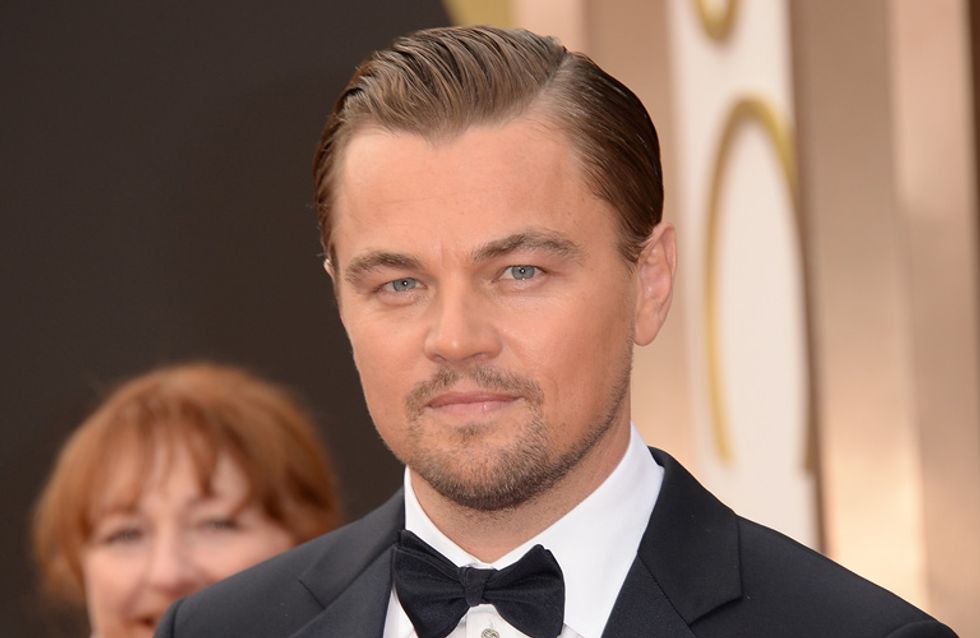 No, you're not in a dream within a dream within a dream right now. We thought he was going to be a bachelor forever, but it looks like Leonardo has decided to FINALLY settle down with his model girlfriend of four-months, Kelly Rohrbach. According to OK! magazine, who don't seem to care that we are all still rooting for Kate Winslet and Leo to end up together, the actor proposed over dinner in New York City. If this is true, rest assured our hearts will NOT go on.

Speaking to OK! The source gleefully (we presume) broke the hearts of millions by saying: "It wasn't planned, it just happened. They were enjoying a bottle of red wine and engrossed in conversation as usual."

The source continued to talk about Leonardo's newest fling Kelly, who graduated from George University and is described as "incredibly smart."

"She shares his passion for tackling social issues like global warming and world poverty. They connect on an intellectual level, which is new for him. She's much more than a pretty face," the source continued happily, strumming his fingers together like a Dickensian villain (we're guessing).

The source topped our wild unhappiness at potential lost love by describing the engagement, saying Leo told Kelly he "wanted to spend the rest of his life with her...Leo convinced her that he meant it, and she agreed with a kiss."

Naw. How very Rose and Jack without the iceberg.

Since Leo has been a bachelor for so long, we were pretty comfortable with the idea that he would always be part of the singletons club, but we're also delighted that the actor has found love at last! Just an Oscar now then Leo!

Are you happy for the Inception actor? Tweet us @sofeminineUK!

A Step In The Right Direction? Playboy Says It Will No Longer Show Nude Photos

Lamar Odom Reportedly Found Unconscious In A Brothel In Nevada