Made In Chelsea's voice of reason, Francis Boulle, has been chatting about notorious cheat Spencer Matthews. He's revealed he reckons the best thing would be for Spencer to hook-up with best friend Jamie Laing - this way, he might finally be faithful. Well it would certainly make for an interesting series 5!

Francis Boulle reckons the best thing for love rat Spencer Matthews to do is get it on with pal Jamie Laing.

Made In Chelsea's favourite bespectacled man - sorry Prudders - has been chatting about the cheater and thinks this may be the only way to tame him.

Francis joked that the friends should just be "open about their feelings" and get together.

We've all seen the love - Spennie would never do the dirty on his best bud, and Jamie may even avoid hot tubs for his Pug!

Francis told Glamour magazine: "It's almost like Jamie and Spencer want to be together so much in a sexual way.

"They should just be open about their feelings to each other. They would get jealous of each other.

"I don't think Spencer would cheat on Jamie, I think he's one person in the world who Spencer wouldn't cheat on." 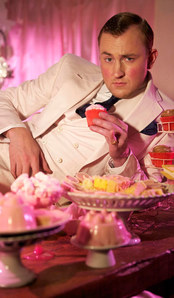 We're not sure how Spencer would feel about Francis' musings.

We all remember the episode in which Spencer essentially challenged Mr Boulle to a man-off after he'd blabbed about his cheating.

Mafia phrases were used and it was embarrassing that Spencer tried to pass the blame onto Francis.

But weeks later, the two were fortunately able to bury the hatchet and become somewhat mutually respecting bros.

So, the diamond merchant slash author didn't give an entirely scathing review of his co-star.

He said: "He's a nice guy but he's not a nice guy to the girls so I guess he doesn't think about that.

"How many more girls will let Spencer cheat on them? That's the point. I don't know. He's very persistent."

MIC is back on our screens this autumn. 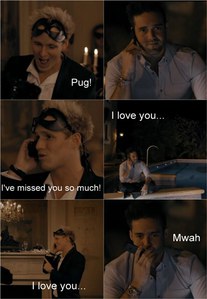