Michelle Dockery has been talking about life as Lady Mary and promises she's nowhere near as cold and frosty as her on-screen counterpart. But that doesn't mean she doesn't enjoy playing her. This nice girl is making the most of letting out her inner bitch.

Michelle Dockery has admitted that although she's not as harsh as Lady Mary, she gets a kick out of playing a bitch.

The Downton Abbey star is shy in real life and so enjoys coming out of her shell when the cameras are rolling.

She told The Sun: “Mary is a very different character to who I am and she can be incredibly mean - and I really love playing those moments when she is.

“Yeah, it’s awful but I love being a bitch!"

Because of Lady Mary's privileged position within Downton, she's pretty used to commanding a room - which is quite different to what feels comfortable for Michelle.

She went on: “I can be very shy but when I act I’m a complete extrovert and there is a kind of buzz about that and about losing control.

“That crazy, liberating thing of playing something that’s nothing like yourself - it’s what I love about it. I’m not really a bitch, I’m very nice!

"But it’s those parts of ourselves that we’re afraid of that we don’t tap into as much and that’s what’s so enjoyable about being an actor.”

Downton Abbey Series 4: First look photos and spoilers
Downton fans rejoice! A date has finally been announced for the airing of Downton Abbey series four! On the 22nd September Lord Grantham's family and the staff that keep them will be returning to ITV. Here's a look at what's in store for the first episode, but be warned - there will be spoilers!
Loading...

Michelle, 31, went on to discuss the unavoidable change for her character since the departure of Dan Stevens.

Matthew Crawley, Lady Mary's husband, was tragically killed after the birth of their first child at the close of series three.

Michelle explained how she felt about him leaving the show; “Reading that particular episode I knew it was coming and really, for that character, there was no other way out.

"He couldn’t very well disappear off to America and have an affair or something - it had to be that brutal."

With three series building to this period of happiness between Matthew and Mary, fans' shock and horror was to be expected - but even Michelle couldn't have predicted the backlash. 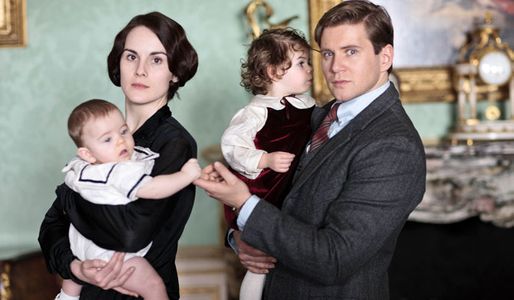 She said: “That relationship between the characters we’ve all invested so much in meant it was shocking even just to read. And the reaction from viewers was astonishing.

“I was in floods of tears! It was devastating. Playing out those scenes was really emotional for Dan and I.

“But time moves on and what it’s done is opened up opportunities for Julian Fellowes to write something really different and what people weren’t expecting of the character.”

Though she expected to be playing out these scenes of marital bliss, Michelle is thrilled with what the writer has done with the storyline.

She explained: “Actually, I think that it has made the show even better for the fourth series, much as I miss him.

“It has also given Julian the opportunity to write in new characters. So there is a flurry of new handsome suitors for Mary.” 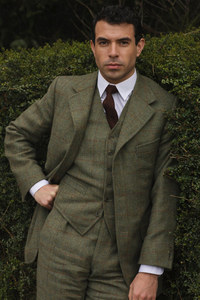 Francesca Menato
…
Downton Abbey
For all the best videos, memes and shareable news!