Michelle Keegan’s Coronation Street character Tina to be killed off?

It has been reported that ITV are planning on killing of Michelle Keegan’s character, Tina McIntyre, next year. Michelle - who announced that she was leaving the show last April - will go out with a bang as part of a dramatic ‘whodunnit’ storyline. This will sadly mean no return for the soap actress, but perhaps that's her intention as she's got a wedding to plan with her former TOWIE hunk fiancé Mark Wright. ​

Michelle Keegan’s much loved character Tina McIntyre will be killed off next year in a Coronation Street murder mystery storyline.
​
The 26-year-old has become a household name since her arrival onto the street in 2008, and is due to exit with a big bang, reportedly in the hopes that the shock exit will give Corrie a ratings advantage over BBC arch rival EastEnders.

“They’ve been weighing up whether to kill Tina off and believe it is the best way to get maximum ratings,” a source told The Sun.

“It will set up a cliff-hanger leaving viewers guessing who killer her.”
​
ITV has allegedly done this in the hopes to win back some popularity after EastEnders have started pulling out all the stops this year, including signing Danny Dyer and having Michael French’s character, David Wicks, return to the Square.

However Michelle’s many fans will surely be pretty sad to find out that there's no chance Tina will be able to come back to the street.

“But Michelle’s fans will be devastated as it means Tina will never be able to return,” The source continued.
​
Reports say that Michelle was keen to leave at the end of November when her contract ends, but has been convinced to stick it out for a few more months to create a memorable story line.

“Her exit storyline will be a massive deal and she’s happy with whatever the producers have come up with,” a friend said.

She should be happy, as her role has won her the Sexiest Female award four times at the British Soap Awards, and with a potential fifth lining up at this years’ ceremony, which takes back on October 21st, she could make it a perfect score for all the years she’s been in the soap.

Will you be sad to see Tina go? Tweet us @SoFeminineUK 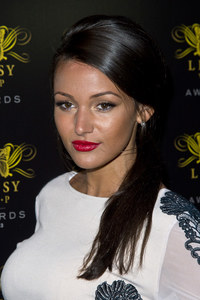 by the editorial team
+
All the news about Michelle Keegan