Mila Kunis Designs One Of The Most Creative Push Presents Ever

by Dagney Pruner Published on 27 October 2014 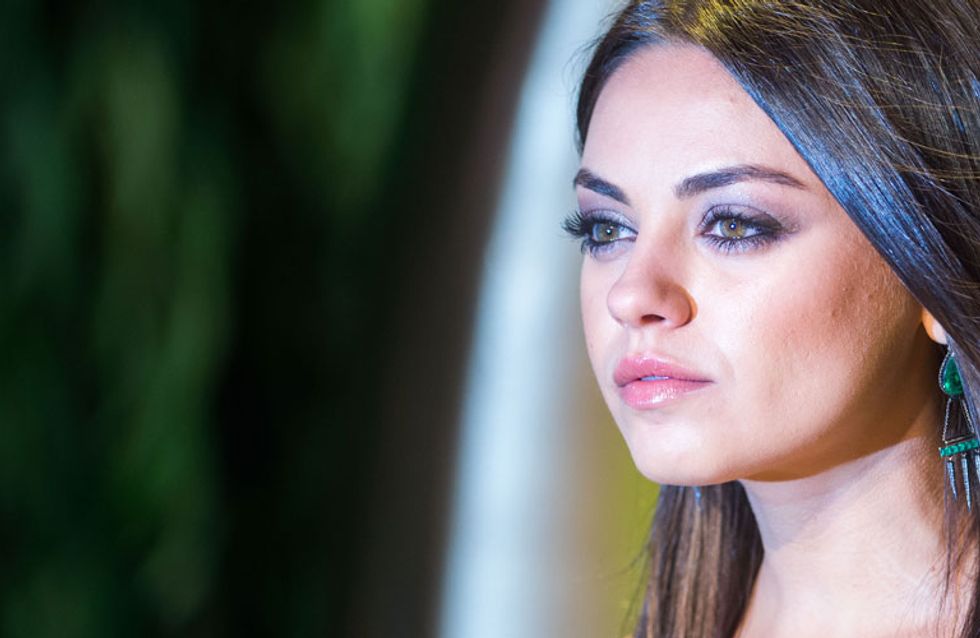 Mila Kunis gave birth to her and Ashton Kutcher's baby girl on October 1st, and she's already designed one of the prettiest and most creative push presents we've ever seen. It's tradition for a mother to receive a gift after she brings another life into this world (it's the least you can do, guys), and Mila decided to use her fame for the powers of good: she designed an emerald ring and ALL of the proceeds of the rings purchased will benefit the Gemfields Nkana Health Center in Zambia.

Since Mila Kunis is one of the original "cool girls" of our generation, it came as no surprise to us that she not only gave her daughter the epic name Wyatt Isabelle, surely a future tomboy who none of the boys will eff with on the playground, but also thought of one of the most creative push presents ever. Mila is an ambassador to London-based gemstone designer Gemfields and decided to team up with them and Italian jewelry designer Marina B. to create "The Mila Ring."

The deets? The ring is worth $4,800 and is 18-karat yellow gold around a single emerald. All of the benefits will go to Gemfields Nkana Health Center in Zambia, which will be opening close to one of Gemfields' largest mines and will specialize in maternity care. In a statement to Vogue, Mila explained her choice of ring:

"Carrying a child and bringing new life into the world marks the start of an incredible journey. Throughout history, every culture has its own way of recognizing this extraordinary event, often with a gift for mother or child. Precious green emeralds are traditionally symbols of motherhood, wisdom, and long-lasting love. But they are also a symbol for hope in many cultures, and so the proceeds from this collection of Motherhood Rings will benefit the opening of Gemfields Nkana Health Center, where four new wards have been built — a major undertaking that will have long-lasting benefits to the local community."

Got to give her points for creativity and finding a way to combine "ambassador" obligations to a luxury jewelry brand, charity, and motherhood. We knew we liked this girl. Here's the video on the project the ring will be supporting:

There are limited amount of rings that will be made, you can reserve yours here.

Do you think this the ring is a good idea? Tweet at us @sofeminineUK