It must be difficult for Miley Cyrus to move on from her ex-fiance Liam Hemsworth after the two broke up back in September – we mean, that boy is unbelievably beautiful – but it looks like the twerking singer has found love again with a secret London-based German photographer named Cornelius. Sounds like a bit of a change up from her Aussie ex!

Apparently Miley Cyrus has a new man – he’s hot, he’s German and his name is Cornelius Käss. What could we namethem? Milelius? Cornly? Either way, we’re excited about this new development – it was about time Miley Cyrus got over that hunky Hunger Games actor Liam Hemsworth!

Heat has revealed Miley’s artistic new man, and a source has revealed that the two met when Miley was in London for a photo shoot with the famous photographer Rankin, who Corny (as we shall nickname him) works for as an assistant. 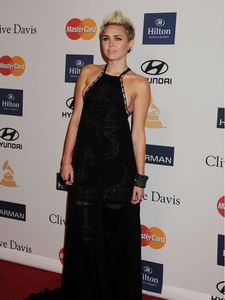 Corny has also been based in Munich and Cape Town, and apparently he went all the way to LA to visit her in December.

The source said; ‘Miley fancied Cornelius straight away and made it known to everyone that she had to have him. They hung out when she was over here in November and they really liked each other, so he flew over to see her in December – that’s when things really started to heat up.

“They’re still sexting now and Miley can’t stop telling everyone about him. They’re making plans to meet up again in London soon.”

We can’t wait to see how the relationship develops, especially as Miley does seem totally loved up at the moment, particularly since she is allegedly planning a wedding for two of her dogs. Oh Miley. Stahp.

An insider has revealed that the 21-year-old is certain that her pets Alaskan Klee Kai Floyd and boxer mix Mary Jane are in love, and she wants them to get married. Perhaps she’s been watching too much 101 Dalmations?

The insider said: “Miley has hired dog wedding planner [for heavens sake!] Colleen Paige to plan the big day, which will include Flloyd being dressed in a tuxedo and a party for a group of pals and their pups. Local rescue dogs will also be invited to the service, which will include a gourmet meal cooked by dog chef [we promise we’re not making this up] Kevyn Matthews and a wedding cake from LA’s Dog Barkery.”

We have no idea how to process this information. Do you? Tweet us @sofeminineUK!