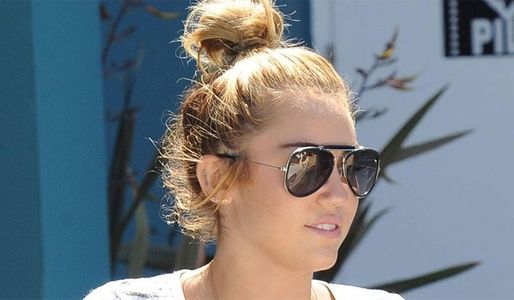 Pop star and actress Miley worked on the track with Israeli DJ Borgore after he reportedly wrote it about Jessie, who he used to date.

So Miley thought the 20-year-old X-rated star - who picked up the Best Actress prize at this year's Adult Video News Awards - would be perfect to take the leading role in her promo.

According to TMZ, the hot video was shot a couple of weeks ago at Beacher's Madhouse in Hollywood.

Miley recently revamped her image, cutting her hair into a short crop and embracing a more punky style - and it seems she wanted a sexy video to match her new look.

And this is likely to take up a lot of her time, as she's rumoured to be wanting to walk down the aisle not just once, but three times, to prove her love to her man of three years.

The 19-year-old reportedly wants multiple bashes so she can share her special day with all her family and friends around the world.

A source claimed to Star magazine that Miley would like weddings in Los Angeles, her native Tennessee and in Liam's home of Melbourne, Australia.

And, in case you were wondering, Miley is also said to be working with designers on three separate wedding dresses and has budgeted $1 million for the celebrations.

Looks like she's going to be a pretty busy girl!

The promo for Decisions is released later this week - we're not sure if we're excited or not?!