by Cliche Wynter Published on 2 April 2014 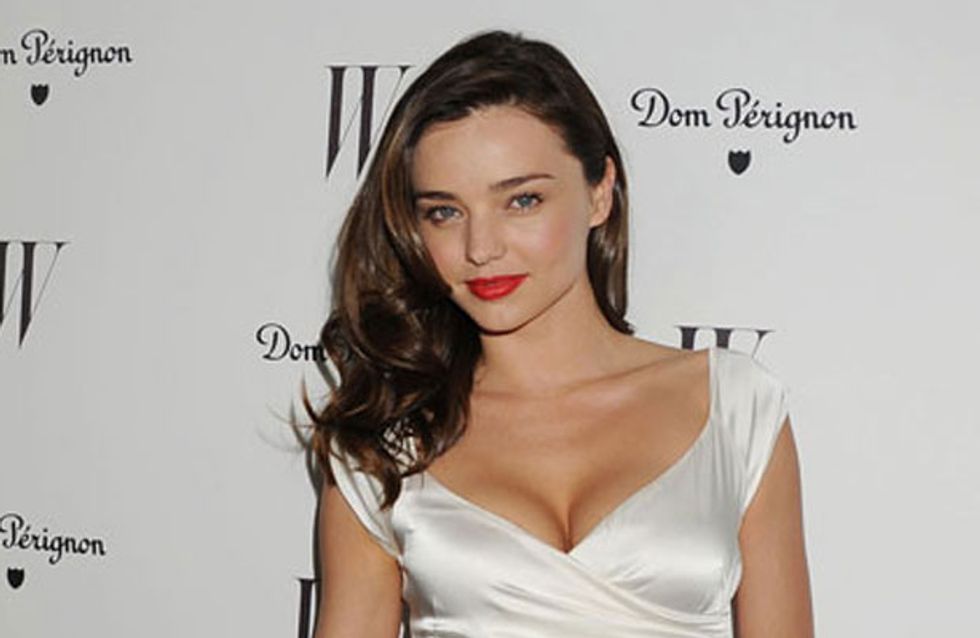 Miranda Kerr is a naughty girl! In a recent interview with GQ, the supermodel confessed she's a member of the mile-high club. "Let's put it this way, I've had an orgasm in the air before. Alone. And together," she revealed to the glossy. Wowza! Miranda isn't the only star guilty of sharing TMI. Check out these candid celeb admissions.

We can't argue with her there. Orgasms are good for your health!

Yes, several years before John Mayer was kissing on Katy Perry, he was dating Jessica Simpson. After his breakup with Simpson, he gave an interview with Playboy where he openly shared intimate details of their time together, "That girl, for me, is a drug. And drugs aren't good for you if you do lots of them. Yeah, that girl is like crack cocaine to me... Sexually it was crazy. That's all I'll say. It was like napalm, sexual napalm..."

Hey, John, no one likes a man who kisses and tells!

Only Nicki! We see she shares our love for animal print!

Tom Cruise so in love with Katie Holmes he jumps for joy... On Oprah's couch

Chris Brown says he lost his virginity at 8 years old

Chris Brown doesn't talk to the media much, and his interview with the UK Guardian makes us understand why. In the piece, the troubled entertainer admitted he lost his virginity at the young age of 8, to a 15-year-old girl.

While fans were concerned Brown had been the victim of sexual abuse, he didn't quite share the same sentiment. He laughed as he revealed, "It's different in the country. By that point, we were already kind of like hot to trot, you know what I'm saying? Like, girls, we weren't afraid to talk to them; I wasn't afraid. So, at eight, being able to do it, it kind of preps you for the long run, so you can be a beast at it. You can be the best at it."

Beyonce hints Jay-Z has ejaculated on her dress

Beyonce admitted she freestyled her sexy hit song "Partition". As she seduces her husband in the video, one of the opening lines says, "He Monica Lewinsky-ed all on my gown," a reference to the infamous President Clinton scandal. Freaky, freaky!

watching my wife steam my suit while wearing a bikini. I love God!

Must be nice, huh, Ashton?

...And she says this matter-of-factly.

What are some of your most memorable celeb TMI moments? Tweet us @sofeminineUK!